Lahiri registered a tally of 76 in the third round and was tied 74th before exiting after the third round. The cut now leaves 73 players for the final round. 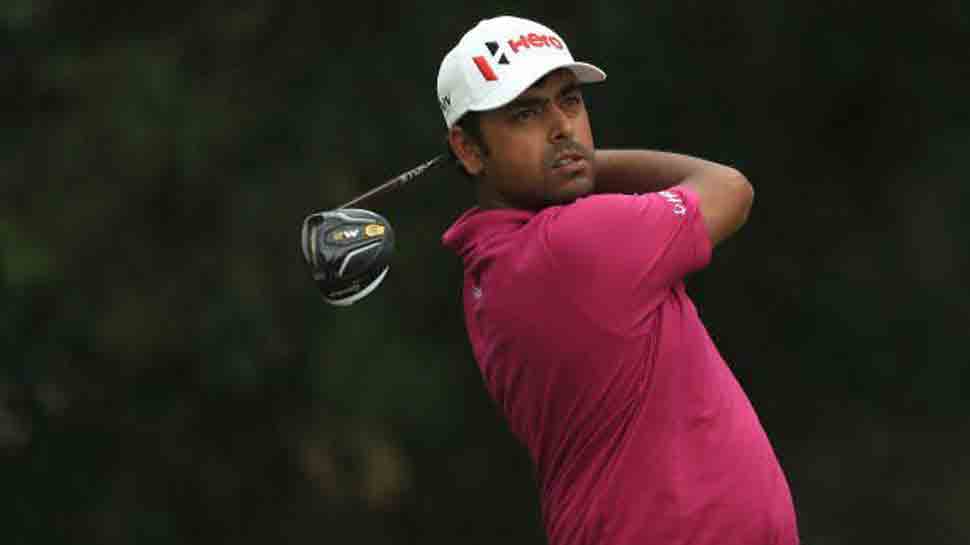 Anirban Lahiri failed to make the cut after finishing with a poor card of one-over 217 at the Players Championship.

Lahiri registered a tally of 76 in the third round and was tied 74th before exiting after the third round. The cut now leaves 73 players for the final round.

On Friday, 80 players made the cut at one-under which necessitated and second cut, called 'MDF' which means "Made cut/Did not finish". Only top 70 and ties after 54 holes play the final round.

The leaderboard was dominated by the Europeans with no Americans featuring in the top five.

Spain's long-hitting Jon Rahm shot a blistering 64 pushing him one shot ahead of co-overnight leaders Tommy Fleetwood (70) and Rory McIlroy (70) in the USD 12.5 million tournament.

Australia's Jason Day (68) will enter Sunday's final round three back while Mexican Abraham Ancer (70) is fifth, a further shot back of the leader.

Tiger Woods who had a quadruple on Par-3 17th in second round shot a birdie in third and that from two feet, but he managed only a 72, though he smiled and joked with playing partner Kevin Na.

When Lahiri arrived at the 18th tee, he still had a chance to squeeze in for the final round with a par. He hit a decent shot from the right fairway on the 18th to just inside nine foot for par. He needed to hole it to stay at even for the tournament. But his putt slipped past and he was out.

Then over the last four holes between 12th and 15th, Lahiri bogeyed three times, including some from the fairway. From two-under for the tournament at that stage, he fell to one-over and then a birdie on the 16th gave him a lifeline, but he missed par from nine feet and exited.

"Nothing worked, it was just a terrible day," a disappointed Lahiri said, adding, "It is very disappointing that I will not be around for Sunday. I have to wait for that another year."

Right behind the top five internationals were six Americans tied for fifth place, all 10-under and it included World No.1 Dustin Johnson (69) and his Ryder Cup captain, Jim Furyk (71).

The top Asian was Japanese star Hideki Matsuyama who produced his career-low round at the Players with a 6-under 66 and moved to T-22.

Rahm started the day five shots behind the leader. He was two-under for the front nine with three birdies and a bogey, where he missed a 12-footer for par.

He was unstoppable on the back nine as he birdied 10th, eagled 11th after hitting his second shot to three feet two inches for a near tap-in. Birdies on 13th, 16th and 17th on Island green meant he closed at 64.

He admitted, "I didn't miss many shots out there. Really, really confident with my irons. Every time I stepped up, I felt like I was going to hit a good shot."

McIlroy and Fleetwood struggled at the start. Fleetwood opened with a double and McIlroy opened bogey-bogey but both made fine recoveries.

Fleetwood was three-over through seven but four birdies on back nine restored sanity on his card.

McIlroy messed a chip and made bogey on first and then hit his chip over the green on par-5 second where a possible birdie chance became a bogey.

Yet, McIlroy made amends for two early bogeys with birdies on third, seventh and eighth. On the back nine, he had a two-putt birdie on the par-5 11th. But after that, he was not able to get any birdies.

He again tried for a birdie on 18th with a brave second shot and got to 10 feet but missed the putt for birdie.