Prime Minister Narendra Modi in his Mann Ki Baat address on Sunday lauded Russian tennis player Daniil Medvedev's simplicity and maturity and urged everyone to hear the Russian's speech and learn something from it. 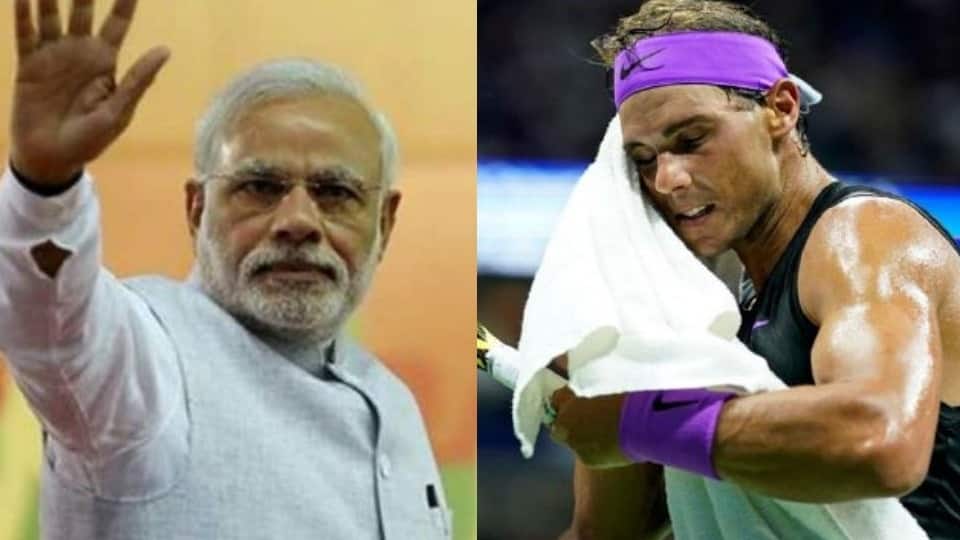 New Delhi: Prime Minister Narendra Modi in his Mann Ki Baat address on Sunday lauded Russian tennis player Daniil Medvedev's simplicity and maturity and urged everyone to hear the Russian's speech and learn something from it.

Modi asked the youth to watch Medvedev's speech after he went down to Rafael Nadal in the finals of the 2019 US Open and said that people across all age groups can learn from the humble address by Medvedev.

"Just see how on the one hand, victory in the US Open was discussed; on the other, runner up Daniil Medvedev's speech was equally doing the rounds in public discourse, especially on social media. Hence I too heard the speech and watched the match. The sheer simplicity and maturity displayed by the 23-year-old Daniil Medvedev touched everyone. It surely stirred me," Modi said in his 'Maan Ki Baat' address.

"Moments before this speech, he had suffered defeat at the hands of tennis legend Rafael Nadal, 19 times grand slam winner. An event such as this would have pushed anyone towards remorse and despair; in the case of Medvedev, there was no sign of the slightest pallor on his countenance.

"Rather, his expression lit up the faces of those watching him with meaningful smiles. He won hearts with his humility and simplicity; the epitome of the spirit of sportsmanship in the truest sense that he is, in letter and spirit.

"Spectators welcomed his reflections with warmth and fervour. He also touched upon Nadal being the inspiring force in tennis for millions of young people, adding how difficult it was to face him in the game," Modi added.

Meanwhile, Modi also lauded Nadal's humility and said: "The way Medvedev heaped praise on his opponent after a defeat in a fierce duel makes him a living example of the true essence of the spirit of sportsmanship. Of course, on the other hand, champion Nadal too showered glowing praise on Daniil's game. The display of the indomitable ardour of the defeated and the sheer humility of the victorious in the same frame was a sight to behold."

"If you haven't heard Medvedev's speech yet, I shall urge you, especially young friends to watch this video. It holds much for people across the age and class spectra to see and learn," the Prime Minister added.