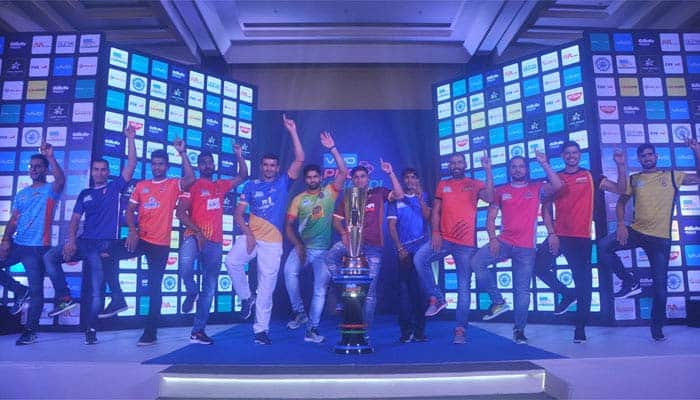 New Delhi: There will be another double header in the Pro Kabaddi League on Wednesday. In match one of the day, Haryana Steelers will take on Tamil Thalaivas. In another match, Gujarat Fortunegiants battle Telugu Titans.

All the action on Wednesday will be in Ahmedabad. The action will begin at 8 pm IST. Here are all the details on how you can catch the action.

The action from the Pro Kabaddi League, season five, continues on August 16.

The kabaddi action on Wednesday begins from 8 pm onwards.

All the action will be at The Arena, Ahmedabad.