The Bulls led by Rohit Kumar will target a second consecutive win in the tournament against their opponents who they previously battled in the finals of the last edition of the tournament. 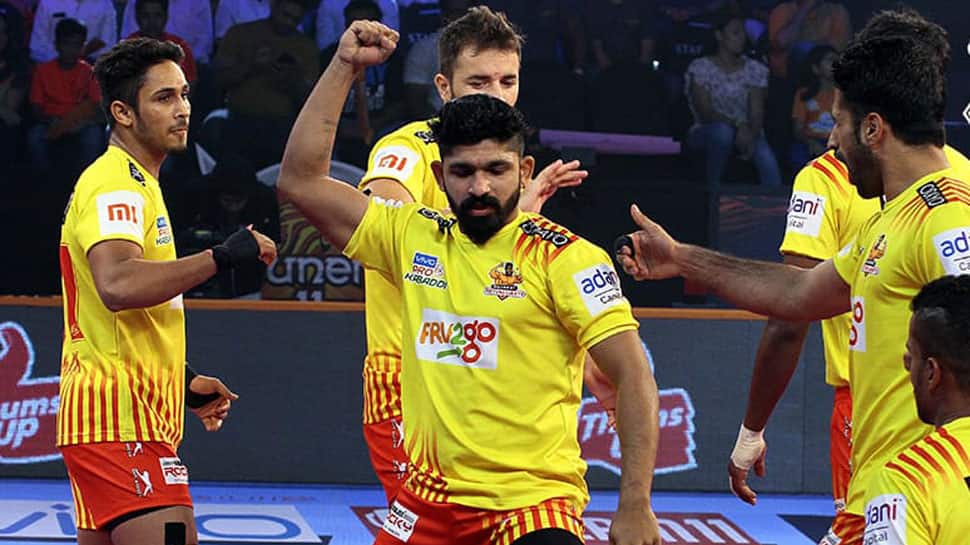 Defending champions Bengaluru Bulls take on Gujarat Fortune Giants in the third clash of the Pro Kabaddi League 2019 at the Gachibowli Indoor Stadium, Hyderabad having defeated Patna Pirates 34-32 in their opening clash.

The Bulls led by Rohit Kumar will target a second consecutive win in the tournament against their opponents who they previously battled in the finals of the last edition of the tournament. The Gujarat Fortunegiants have retained their key players from the last season and will be targetting a strong start to the seventh edition of the Pro Kabaddi League.

The Bengaluru Bulls will further be boosted by their comeback in the opening clash against the Patna Pirates where they trailed 13-17 at the end of the first half, before registering a nail-biting win at the end of a hard-fought game.

The defending champions will be expecting Pawan Sehrawat to make his presence felt yet again against the astute defence of the Gujarat Fortune Giants. A failure on his part will require skipper Rohit Kumar who accumulated four points from the opening encounter to step up and deliver the goods.

The Fortune Giants's raiding unit comprises of Rohit Gulia, More GB and the extremely versatile Sachin Tanwar. The cover partnership between skipper Sunil Kumar and Parvesh Bhainswal will, however, be the one to watch out for in the contest.