Pro Kabaddi League 2019: Exciting contest on the cards as UP Yoddha take on Bengal Warriors

The match which will start at 7:30 PM IST is expected to be a well-fought one considering the raiding unit and defenders in both the sides. 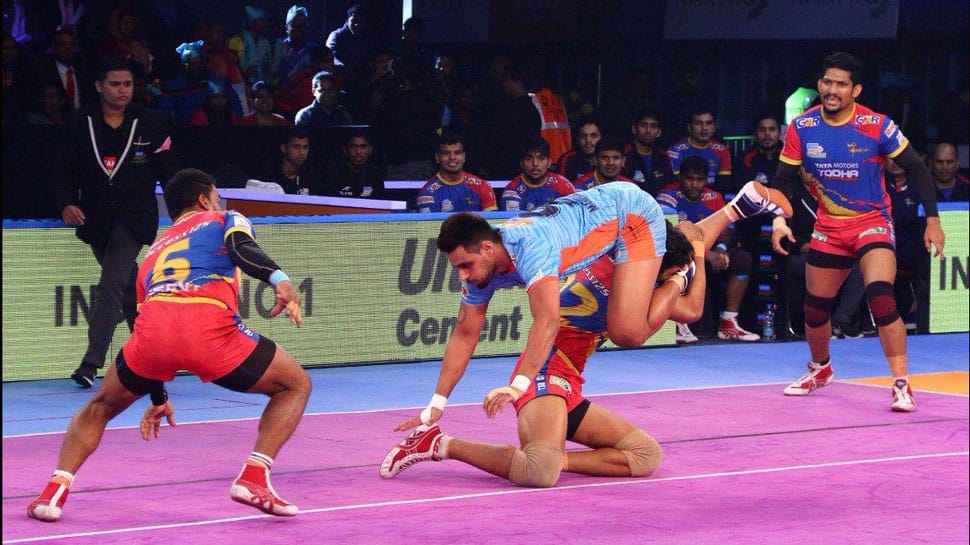 UP Yoddha are set to take on the Bengal Warriors in their opening clash of the Pro Kabaddi League 2019 at the Gachibowli Indoor Stadium, Hyderabad in the first clash of the doubleheader on Wednesday.

The match which will start at 7:30 PM IST is expected to be a well-fought one considering the raiding unit and defenders in both the sides.

The raiding trio of Shrikanth Jadhav, Monu Goyat and Rishank Devadiga made their presence felt for the UP Yoddha last season. They will be expected to step up and lead the side on to wins in this season as well.

In case of an off-day, Mohsen Magdhsoudlou is another capable player who enjoys the ability to be a match-winner.

The Bengal Warriors, on the other hand, invested heavily in the services of Mohammad Nabibakhsh. The Iranian all-rounder was signed for a massive sum of  ₹77 Lakh and will be expected to lead the raiding unit alongside Maninder Singh.

The UP Yoddha defence is also extremely strong following the presence of Nitesh Kumar who accumulated the highest number of tackle points last season. All-rounder Sachin Kumar or emerging youngster Sumit are further expected to provide support in the left corner position with Narender slotting into the right cover position.

While experienced Jeeva Kumar will be expected to lead the defence, he will need support from the likes of Baldev Singh and Vijin Thangadurai who capable of slotting into the left cover or right cover position.

The two sides failed to reach the finals of the tournament despite qualifying for the playoffs. A good performance on Wednesday could very well set the stage for a trophy-laden season.