Both the sides are unbeaten in the tournament so far with excellent performances in their respective matches. 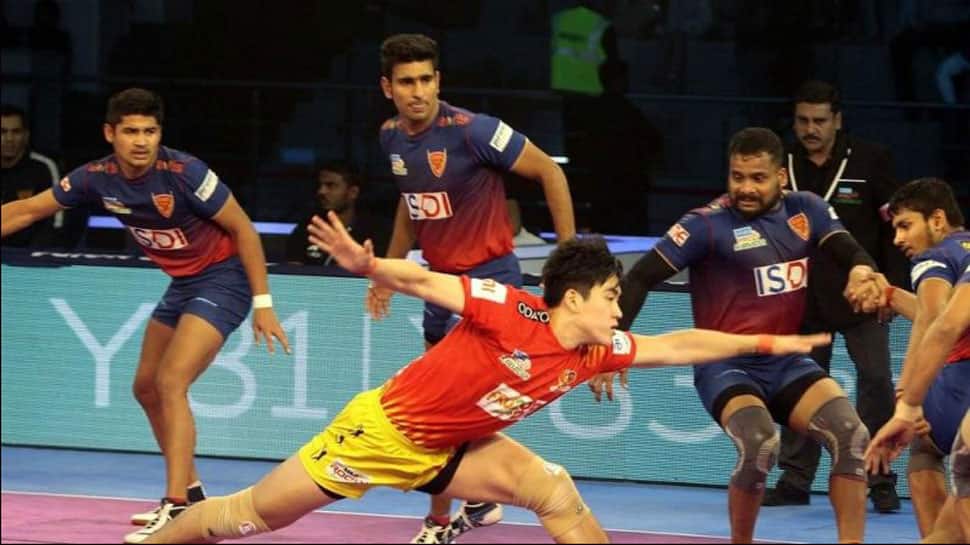 Gujarat Fortune Giants take on Dabang Delhi KC in the 20th match of the seventh edition of the Pro Kabaddi League at Sardar Vallabhbhai Patel Indoor Stadium on Thursday.

Both the sides are unbeaten in the tournament so far with excellent performances in their respective matches. While the former trumped UP Yoddha and Bengaluru Bulls in the first two matches, Dabang Delhi KC defeated Telugu Titans and Tamil Thalaivas before a dominating performance against the Haryana Steelers.

The clash assumes further importance bearing in mind the Gujarat Fortune Giants's maiden defeat at home in the history of the tournament against the Dabang Delhi in the last edition.

While victory guarantees the franchise a spot at the top of the points table, it will further provide Manpreet Singh led Gujarat Fortune Giants an opportunity to avenge their defeat last season.

Raiders Rohit Gulia, Sachin Tanwar and defender Parvesh Bhainswal have been the top performers for the franchise in the tournament so far and will be expected to deliver more of the same against Dabang Delhi KC. One can also expect the Fortune Giants to maintain an unchanged lineup in order to avoid tinkering with the winning combination.

The Dabang Delhi KC, on the other hand, will be optimistic of a quality performance from Iranian Saeid Ghaffari who was one of the best defenders alongside Vishal Mane, Joginder Narwal and Ravinder Pahal.

Chandran Ranjit and Naveen Kumar have been excellent in the raiding department recording Super 10 displays in the franchise's previous clash. All-rounder Meraj Sheykh has been surprisingly out of form in the tournament so far and will be expected to bounce back with a solid performance against the Gujarat Fortune Giants.

Easy for the country to expect Olympic gold, difficult to implement: Mary Kom