Jaipur Pink Panthers skipper Deepak Hooda was the top performer for the franchise with 11 raid points, while defender Amit Hooda made his presence felt in defence with a high 5 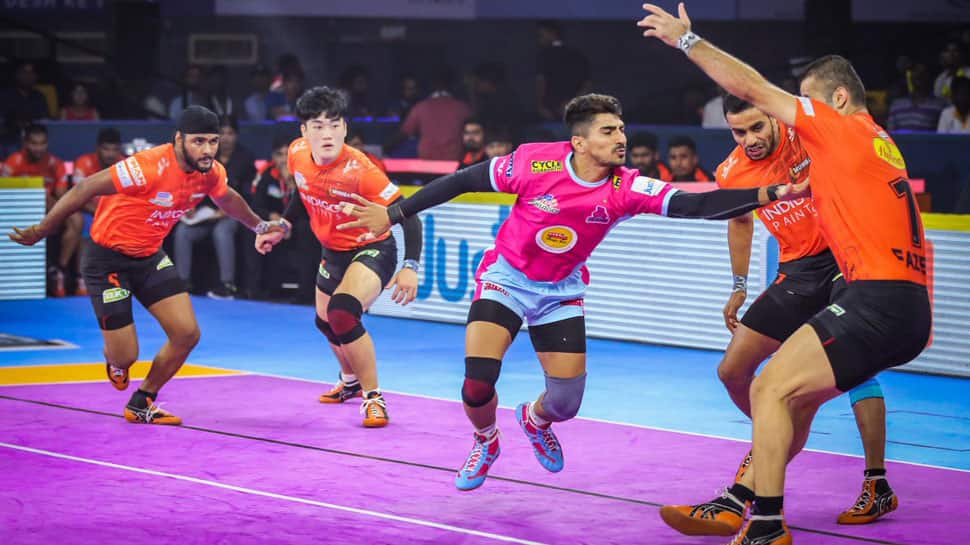 Jaipur Pink Panthers' coach Srinivas Reddy hailed the collective effort by his players in their opening win of the seventh edition of the Pro-Kabaddi League against U Mumba at the Gachibowli Indoor Stadium in Hyderabad.

Reddy further elaborated on his team's simple style of play where attack is considered the best form of defence. The former Telugu Titans coach stated that it is important to attack from the very first raid in order to build momentum and disturb the opposition.

"I have a simple style of play where I believe attack is the best form of defence. If you keep attacking, momentum builds automatically. If you want to disturb the opposition players, then you have to attack from the very first raid," said Reddy as quoted by the Pro Kabaddi League.

"Kabaddi is such a game; you have to play it physically, mentally and psychologically as well. If you get a psychological edge over the opponent in the initial stages, then they definitely find it tough and we’ll have an advantage. The best thing about my team is the average age is very low and they are hungry to prove themselves on the mat. It was a collective effort by everyone," he added.

Jaipur Pink Panthers skipper Deepak Hooda was the top performer for the franchise with 11 raid points, while defender Amit Hooda made his presence felt in defence with a high 5.

Reddy hailed the performance of Hooda in a clash which was "very important" as the Jaipur Pink Panthers had never won their opening clash against the U Mumba in all six editions of the tournament.

"It was a very important match for us because this is the seventh season and before today, we never won our first match of the season against U Mumba prior," he said.

"So, before the match, both Abhishek Bachchan (Jaipur Pink Panthers owner) and I spoke to the players and told them it’s a very important match for us and we must change history. That’s what I told my captain Deepak Hooda and he delivered from the first raid," concluded Reddy.

Tokyo Olympics preparations on track one year out from tournament: Official