The U Mumba who recorded a winning start to their league campaign against the Telugu Titans were trumped 42-23 in their second clash which took place at the Gachibowli Indoor Stadium in Hyderabad. 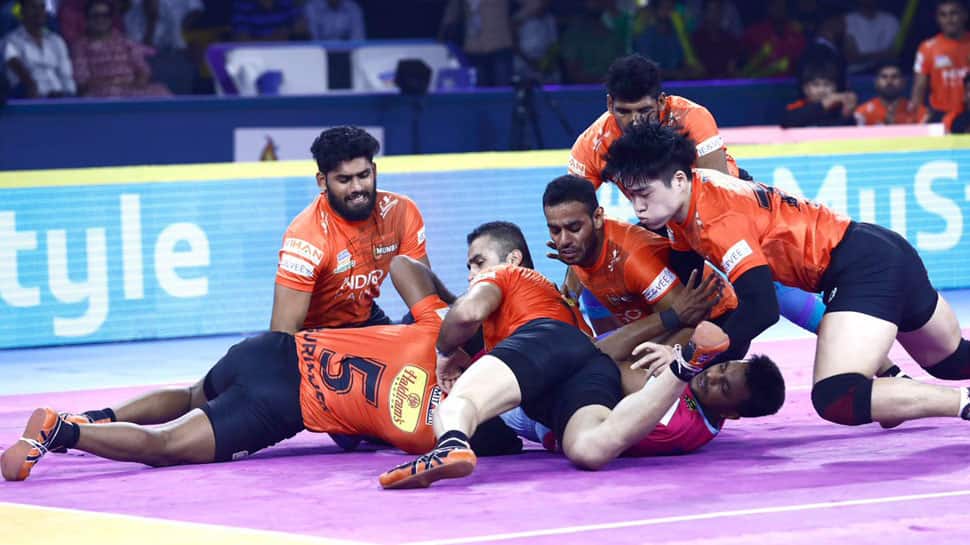 U Mumba skipper Fazel Atrachali has blamed the poor performance by his side in the initial stages for their defeat against the Jaipur Pink Panthers in the fifth clash of the seventh edition of the Pro-Kabaddi League.

The U Mumba who recorded a winning start to their league campaign against the Telugu Titans were trumped 42-23 in their second clash which took place at the Gachibowli Indoor Stadium in Hyderabad.

"We were poor in the initial stages and that's the reason (for the loss). It was the first match for Jaipur Pink Panthers, but the second match for us. They had the chance to watch us play but we didn't get a chance to watch them before today," said Atrachali as quoted by the Pro Kabaddi League.

The 27-year-old Iranian kabaddi player further played down the defeat labelling the loss as a "good experience" for his side.

"This is not the first time our team is playing such a tournament. We know that all teams will lose sometimes. It’s ok, it’s a good experience for us. We must identify our mistakes before the next match and try not to repeat them," he added.

U Mumba coach Sanjeev Kumar, on the other hand, blamed an inability to execute plans as well as a lacklustre performance by the raiders for their maiden defeat.

"Both teams have their plans going into games. We couldn’t execute our plans tonight. Our raiders also couldn’t quite get as many points as they usually do. Luck wasn’t really on our side today," he said.

Kumar had words of praise for the Jaipur Pink Panthers' unit, going on to highlight a missed opportunity to get an all-out available to his unit.

"Neither our defenders nor our raiders managed to get a foothold in the match. There was a chance of getting an All-Out when they had just two players on the mat and their raider got points without trying too hard. So, that was a mistake on our part, but these things happen during matches. Today Jaipur Pink Panthers’ raiders and defenders played well," he concluded.