More delivered a critical all-round performance as he scored 9 points, supporting both in offence and defence, while Rohit accumulated 7 points to help Gujarat maintain their unbeaten record in the league so far. 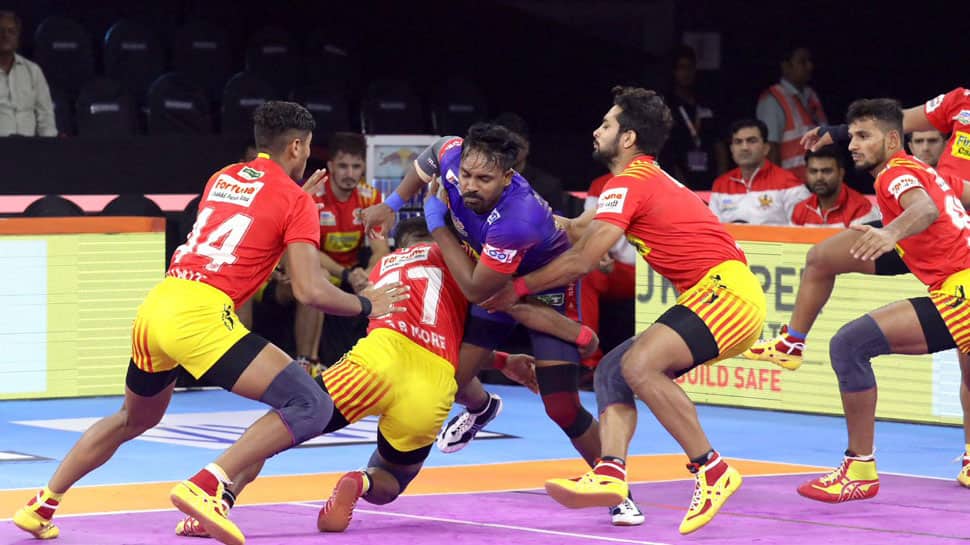 More delivered a critical all-round performance as he scored 9 points, supporting both in offence and defence, while Rohit accumulated 7 points to help Gujarat maintain their unbeaten record in the league so far.

Delhi too hadn't lost a match before Thursday but had to face defeat against a strong Gujarat team. Naveen Kumar continued his rich form and notched up another Super 10 to lead the raiding department in the league with 42 points from just four matches.

Naveen scored a raid in the 6th minute as Delhi trailed 2-6. The game was billed as the strongest defence taking on the leading raid point scorer of the season so far. It was the Gujarat defence that did a fine job throughout the match.

Parvesh Bhainswal made a strong tackle to send Naveen to the bench in the 9th minute as Gujarat led 7-4, but Delhi came back strongly to level the score at 9-9 after 16 minutes.

Delhi inflicted an all-out in the 18th minute to take the lead for the first time in the match. At the end of the first half, Delhi led 14-11.

The second half saw Rohit from Gujarat get into the act as he scored three quick raid points to help Gujarat level the score at 16-16 after 24 minutes. He then made a two-point raid and sent Ravinder Pahal to the bench in the 28th minute to hand Gujarat a 19-18 lead.

Gujarat then inflicted an all-out in the 33rd minute to lead 25-20 and then held on till the end to emerge victorious.