Raider Pardeep Narwal has been retained by three-time champions Patna Pirates for season six of the Pro Kabaddi League, set to commence on October 19. 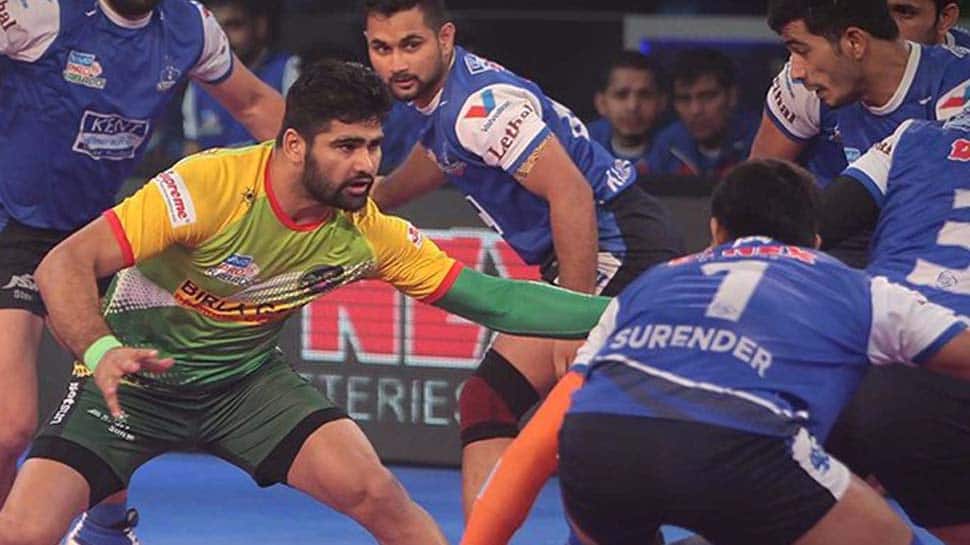 Mumbai: Raider Pardeep Narwal has been retained by three-time champions Patna Pirates for season six of the Pro Kabaddi League, set to commence on October 19.

Twenty-one players from the fifth season have been retained by their respective franchises for the upcoming season, a media release said on Monday.

Apart from Narwal, Patna Pirates have retained some others like Jaideep, Jawahar Dagar and Manish Kumar.

Ajay Thakur, along with Amit Hooda and C Arun, will continue playing for Tamil Thalaivas, while Bengaluru Bulls has retained only Rohit Kumar.

League Commissioner Anupam Goswami said, "The league is strongly in favour of team stability and instituting it at a policy level to enable strong team structures."

Undertaker vs John Cena, Brock Lesner vs Roman Reigns: All the results from WrestleMania 34