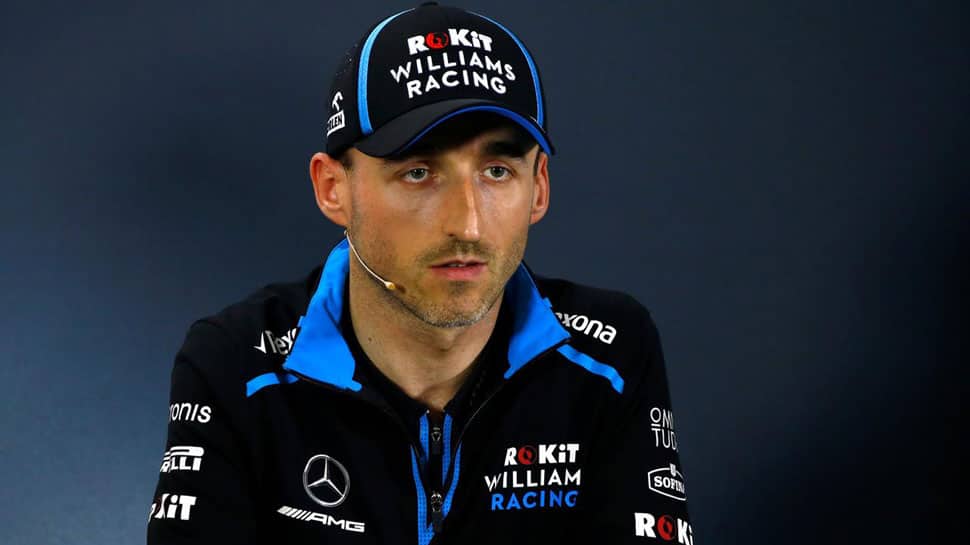 More than eight years after his last Formula One race, Robert Kubica is eager to step back into the cockpit but the Pole has been too busy to soak up his comeback at the Australian Grand Prix due to problems with his race car.

The car was the slowest on track when it did appear, adding to the woes of an outfit who finished last in 2018 and have not won a race since 2012.

Kubica`s inspiring comeback, eight years after a crash in a rally in Italy partially severed his right arm, has been a rare good news story for once formidable Williams.

Not that the 34-year-old has had much time to enjoy it.

"Emotions? To be honest, I’ve not really had a lot of time to think about them," he told reporters at Albert Park on Thursday.

"I’ve been really focused on the job, focused on the things to do, trying to learn as much as you can with the new F1 since I was racing here last time."

"We didn’t have a perfect start for winter testing, so there are a lot of things to be checked."

His nation`s first Formula One driver, Kubica claimed the Canadian Grand Prix with now-defunct BMW-Sauber in 2008 and was one of the series`s most highly regarded racers before his accident in the leadup to the 2011 season.

After extensive surgery, Kubica returned to motorsport in 2012 and enjoyed some success in the World Rally Championship before returning to F1 as a reserve driver for Williams last year.

Fans waved huge banners for the Pole at the season launch at Melbourne`s Federation Square, and Australian driver Daniel Ricciardo led a tribute during the pre-race media conference on Thursday.

"Robert mentioned he had a pretty long `winter break`. I don`t think we all know what the extent of what he`s been through to get back here," Renault driver Ricciardo said.

"So I just think it`s awesome to see him back ... It`s just a testament to his character," he added, leading a round of applause from drivers, including Mercedes` champion Lewis Hamilton and Ferrari`s Sebastian Vettel.

Formula One has introduced a new rule awarding a championship point to the driver that can put in the fastest lap on race day -- so long as they finish in the top 10.

Kubica remarked ruefully that it would probably not help Williams much.

"It is a difficult period but we have to make sure we are doing everything we can in the current situation," he said.

"There’s no point wasting energy and time thinking of difficult moments ... We have to make sure we maximise our opportunities."