The Russian Boxing Federation has announced that they have opened an investigation into the matter. 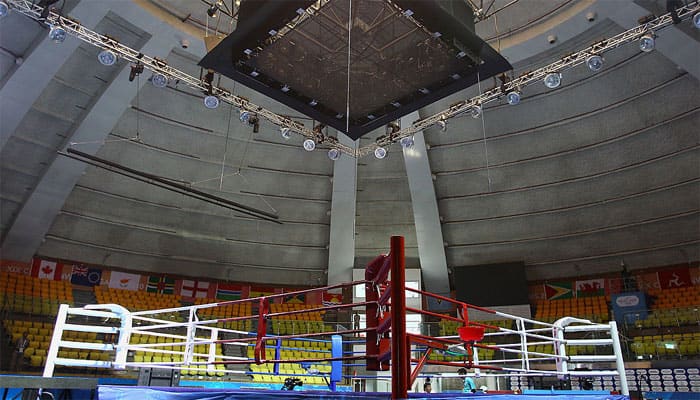 Russian boxer Maxim Dadashev has passed away in a US hospital after sustaining injuries during a boxing match against Puerto Rico`s Subriel Matias.The 28-year-old got injured in the match that took place on Friday.

"Top Rank is devastated to report that Maxim Dadashev passed away earlier this morning due to injuries sustained during last Friday`s bout," CNN quoted Dadashev`s promoter, Top Rank, as saying.

"Maxim was a talented fighter inside the ring and a loving husband and father outside the ropes. Our thoughts and prayers are with his family and friends. Maxim was a terrific young man," he added.

Dadashev and Matias were fighting for being the challenger to Josh Taylor for the title belt. After sustaining injuries, Dadashev`s trainer Buddy Mcgrit stopped the fight following the 11th round.

Dadashev had taken a lot of hits and his trainer was seen pleading with him to stop the fight.

"As you can imagine the news this morning has devastated us all. Out of respect for his family, I will refrain from making any comment at this time other than to say Maxim was and always will be a phenomenal young man and boxer," CNN quoted Mcgirt, as saying.

The Russian boxer, who had a boxing record of 13 wins and one loss, had to be helped out of the ring. He was then taken to the UM Prince George`s Hospital Center, where he underwent emergency brain surgery for a subdural hematoma.

The Russian Boxing Federation has announced that they have opened an investigation into the matter.

PKL 2019, UP Yoddha vs Bengal Warriors:As it Happened