Fox finished eight-under after 54 holes to earn a bye into the last 16 of the six-hole knockout stage and was the last man through to the quarter-finals after edging out Thai Jazz Janewattananond. 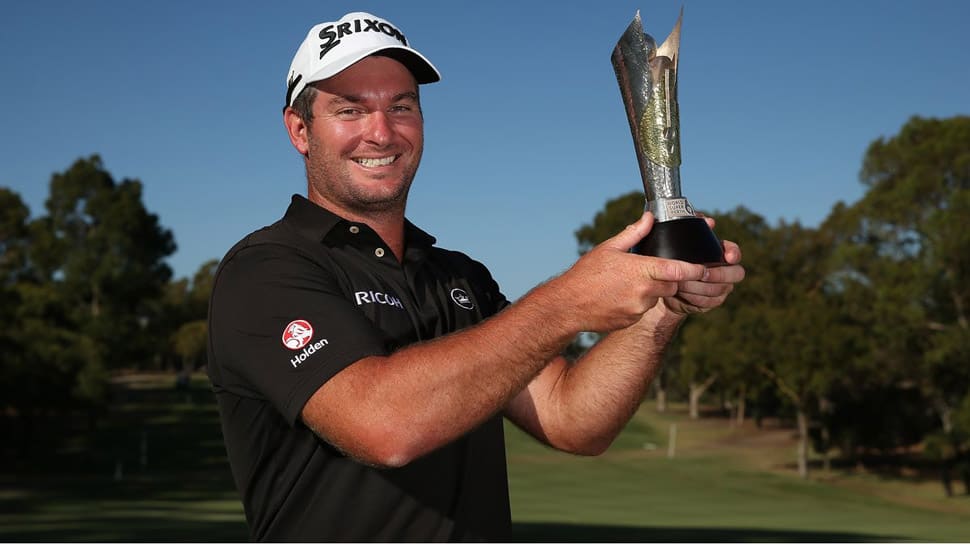 Ryan Fox claimed his maiden European Tour title with a comprehensive 3&2 victory over Spaniard Adrian Otaegui in the final of the World Super 6 at Perth's Lake Karrinyup Country Club on Sunday.

The 32-year-old New Zealander finished eight-under after 54 holes to earn a bye into the last 16 of the six-hole knockout stage and was the last man through to the quarter-finals after edging out Thai Jazz Janewattananond.

"I've been close a couple of times and it was certainly nice to get one over the line today in a place I hold pretty special," said Fox who could have been knocked out in the last 16 had Janewattananond not missed a three-footer.

"There was some scrappy stuff in there, but I got out of trouble when I needed to and I played great today in the final. Adrian didn't quite play to his best this afternoon but I'm quite happy to take advantage of that," he added.

Fox also overcame Norwegian Kristoffer Reitan and Ireland's Paul Dunne to make the final where he raced to a 3 up lead against Otaegui and eventually claimed the title when the fourth was halved in pars.

Fox's European Tour victory is the first by a New Zealander since Danny Lee won the 2009 Johnnie Walker Classic as an amateur.

"A little bit disappointed after losing the final but it's been a good week," Otaegui said after being denied a third European Tour title.

The Spaniard birdied the 18th hole on Saturday to make the knockout stages and beat Daniel Gale, top seed Per Langfors, home favourite Min Woo Lee and Scott Vincent to reach the final.

"Second is a solid week. I went from low to up during the week, so that`s good as well, that`s a good feeling.I played very good golf the first four games, just nothing went the way I wanted in the end, but I'm still happy," Otaegui added.