Master blaster Sachin Tendulkar on Tuesday launched a book on gymnast Dipa Karmakar. The book titled 'Dipa Karmakar - The Small Wonder' was launched at an event in Mumbai. 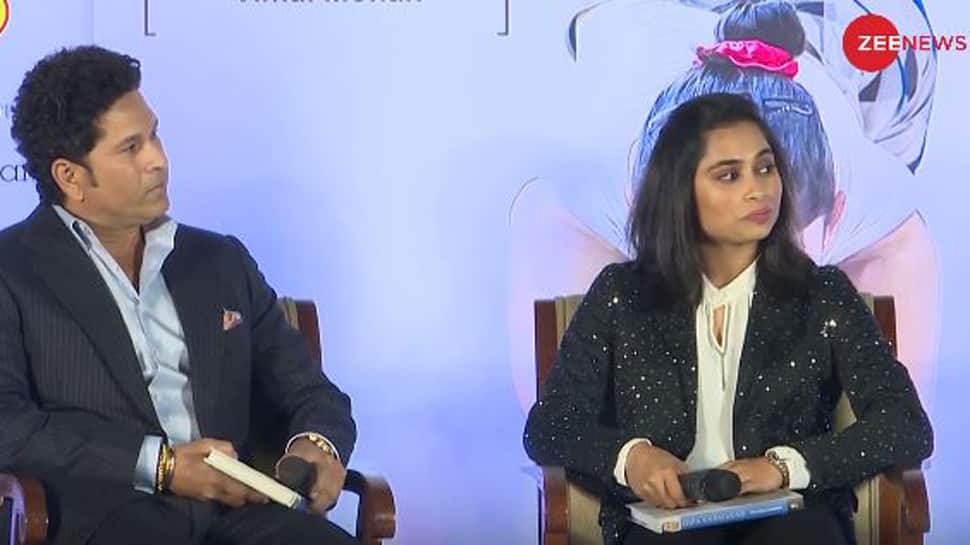 She has "not only left an impression, but also motivated thousands of youngsters to go out and do something special for our country and that is what matters," said the Master Blaster.

The 25-year-old gymnast came into the limelight after finishing at fourth place in the Valut event at the Rio Games. Karmakar said she was preparing for the 2020 Tokyo Olympics qualification.

"I will be competing in Olympic qualification event in March. Now the criteria for getting qualification has changed drastically," she said.

"This criteria is very tough for the countries like us, who are not developed much in gymnastics. But, I am preparing and trying at my best (to get that qualification)." Karmakar shared several anecdotes about her coach Nandi and also spoke about the contribution of Dr Anant Joshi, who operated her following the knee injury.

During the event, Tendulkar also batted for cricket to be included in the Olympic Games, saying there are different versions of the sport and featuring the game in the quadrennial event will make the sport more global. "Being a cricketer, I will say that the game needs to be globalised, without any doubt," Tendulkar said at the Mumbai launch of the book  when asked for his thoughts on cricket in the Olympic Games.

"Some-time ago, I was there at the 2016 Rio Olympics. I also spoke to Mr Thomas Bach (IOC President), and told him that I feel cricket should be included (in the Olympics)."

"He (Bach) was under the impression, five days how can we ... Cricket is one of those few sports where there are multiple versions -- One Day, T20, T10, by the time they (IOC) introduce cricket in the Olympics, -- it might be 5 overs or whatever.

"But I think, the game (cricket) should be there (in the Olympics), being a cricketer I would want that to happen. I am looking forward to it, without any doubt," said the legendary batsman, who has plethora of records to his name.