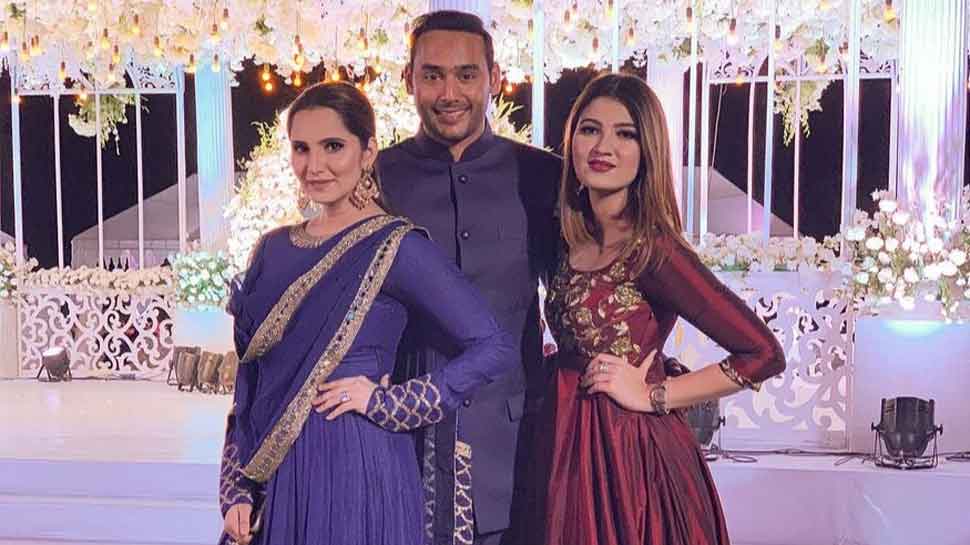 Speaking to a national daily, the tennis star said, “She is actually getting married in December. We just came back from her bachelorette trip to Paris. We are really excited.”

"She is marrying a lovely boy. His name is Asad, and he happens to be the son of Mohammad Azharuddin and we are really excited about it," Sania Mirza was quoted as saying by Times of India.

Anam Mirza, who is seven years younger than Sania, is a fashion stylist by profession and Sania is mostly styled by her for events.

The speculation about wedding on cards of Aman and Asad became rife on the internet after Sania's social media post, where she uploaded a photo with Azharuddin's son and captioned it as: "Family".

In September, Anam had posted a picture on her Instagram account in which she was seen wearing a 'bride-to-be' sash, with pink 'bride-to-be' balloons on a glass window behind framed the picture.

The photograph, which now Sania has confirmed was believed to be from her bachelorette, had stirred a storm on social media. Anam and Asad have been reportedly dating as the couple often shared pictures with each other on social media.

Sania remains India's most successful female tennis player with three doubles and mixed doubles Grand Slam titles in her kitty. She had risen to a career-high world No. 27 in mid-2007 in the WTA singles chart.

Sania married former Pakistan cricket team captain Shoaib Malik in 2010, and is currently gearing up to return to professional tennis after taking a break to become a mother.