The success of PVL season 1, which ended in February this year, has prompted the organisers to conduct the second edition of the tournament on a much bigger scale. 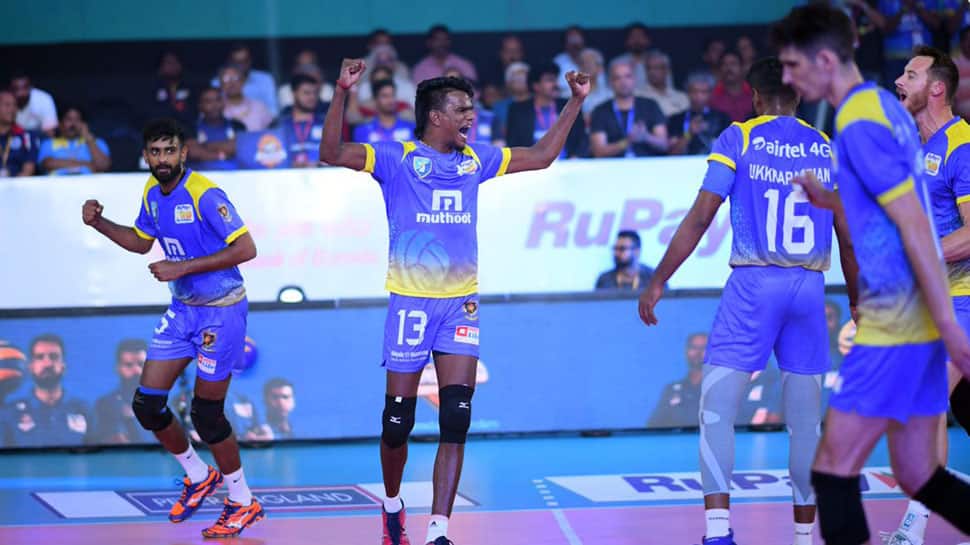 The second season of the Pro Volleyball League will be held in October-November this year, the organisers said on Wednesday.

The success of PVL season 1, which ended in February this year, has prompted the organisers to conduct the second edition of the tournament on a much bigger scale.

PVL is an initiative of Baseline Ventures and the Volleyball Federation of India.

A total of six franchises competed in the first season which was won by Chennai Spartans.

"The response to the first season was phenomenal and was a testimony to the quality of the product we had put together," Tuhin Mishra, MD and Co-Founder of Baseline Ventures, said.

"After receiving a lot of positive feedback about the league in general, we are planning to make the next season bigger and better and give the Indian volleyball lover an even more memorable experience in season 2."

"We are looking at October-November of this year for the second season," he added.

Mishra also said that the number of teams is set to increase in the second edition.

"We have received a lot of requests from people around the world wanting to own a team in the league. We are looking into the requests and are in the process of adding one or two teams in the coming season," he added.

The first season of PVL was also broadcast across 33 countries. For the Indian subcontinent, the rights were with Sony Pictures Networks (SPN), while Dubai Sports aired the matches in Thailand and the Middle East and North Africa region and Singtel in Singapore.

In its first season, the league attracted some of the biggest names from the volleyball world, including David Lee and Paul Lotman.