Vettel, the winner of 52 races, has gone more than a year since he tasted victory at last year`s Belgian race. 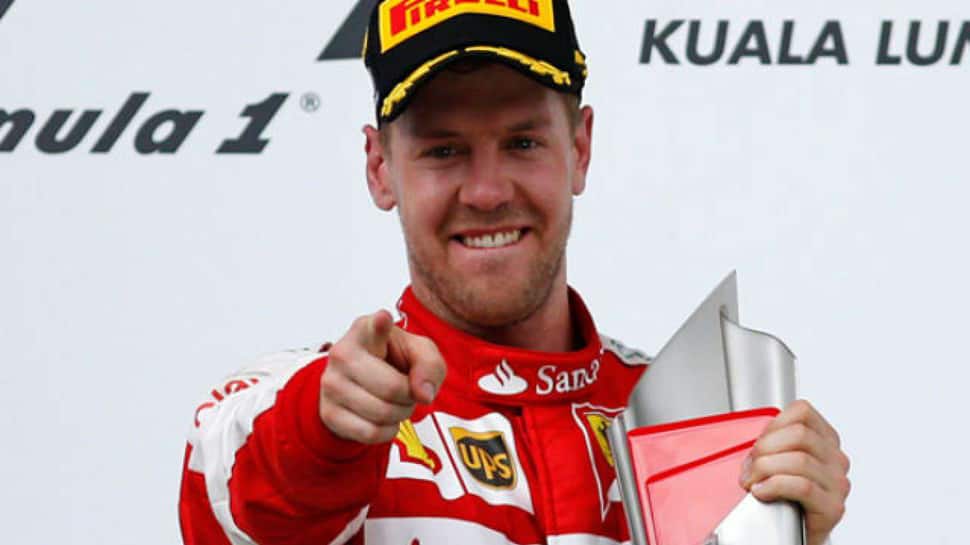 Sebastian Vettel returns to the scene of his last Formula One win at this weekend`s Belgian Grand Prix and the German four-time champion will hope the Spa-Francorchamps circuit can hand him the break he needs to end a victory drought.

Vettel, the winner of 52 races, has gone more than a year since he tasted victory at last year`s Belgian race.

While the 32-year-old has looked a pale shadow of the driver that won four titles in a row between 2010-13, his Ferrari team have also failed to produce a car that can match the might of dominant rivals, Mercedes, this season.

The Maranello-based team have struggled around twisty tracks, with Vettel finishing over a minute behind race-winner Hamilton in third at the last race in Hungary.

But Ferrari have been better suited to high-speed layouts like Spa this season.

The track that hosts Sunday`s race and Monza, where Ferrari`s home Italian Grand Prix will be held the week after, have been singled out as the two best opportunities for the team to shine.

"I think it`s more power-sensitive ... but there is nothing that is given," said Ferrari boss Mattia Binotto, whose team have not won since last October`s US Grand Prix, after the race in Hungary.

"I think the situation will be different to Budapest and we will try to prepare ourselves the best to seek the first victory."

The undulating 7km-long Spa-Francorchamps track, with its fast sweeps and flat-out blasts, is not just the longest but also among the fastest circuits on the calendar and has been a happy hunting ground for Vettel, who has won there three times.

A fourth win would see him draw level with former team-mate Kimi Raikkonen, the most successful of the current crop of drivers at Spa.

But he will first have to overcome Lewis Hamilton.

The Mercedes driver, who is also a three-time winner in Belgium, has won eight of 12 races this season and leads the overall standings by 62 points from team-mate Valtteri Bottas.

Neither the 34-year-old nor his Mercedes team, who have won 10 of the 12 races so far, will have been resting on their laurels with Sunday`s race marking Formula One`s return from its August summer shutdown.

"We`re approaching the start to the second half of 2019 more like the start to a completely new season ..." said Mercedes team principal Toto Wolff. "We`re looking forward to the fight."

Max Verstappen will be hoping to make it a three-way battle by putting his Red Bull team in the mix.

Verstappen, who can expect plenty of support from his orange-clad Dutch fans, has won two of the last four races, chalking up more points than even Hamilton since the Austrian Grand Prix at the end of June.

Still, his Honda-powered Red Bull could struggle to match Ferrari and Mercedes at the horsepower-dependent track.

The weekend could also see some driver announcements, with the futures of several drivers, including Hamilton`s Mercedes team-mate Bottas, up in the air.

He will take Pierre Gasly`s place, with the Frenchman going back to the Italian team.