Sidhu also won a gold medal in the 10m air pistol mixed team event of the 2017 World Cup in New Delhi and silver in the 2009 and 2014 editions of the marquee event. 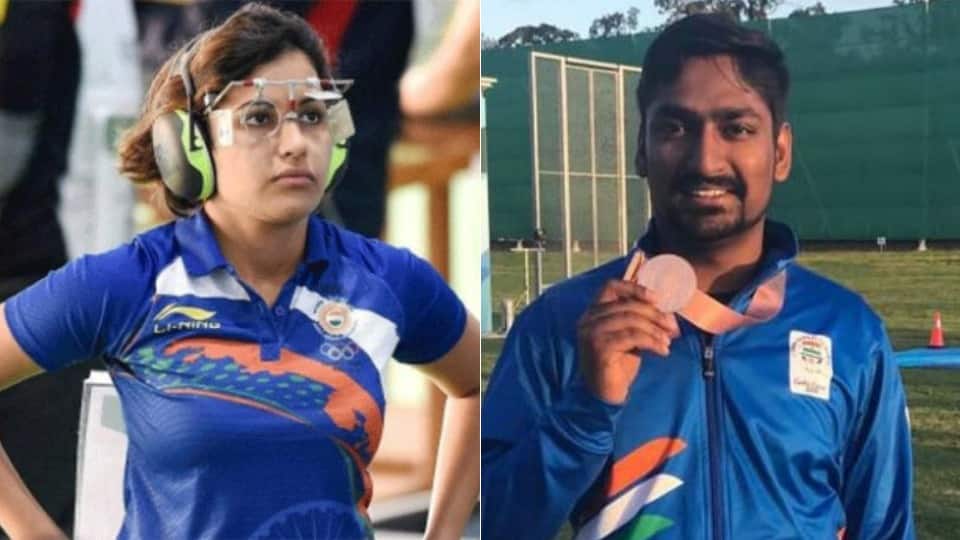 The National Rifle Association of India (NRAI) on Monday recommended the names of pistol ace Heena Sidhu and trap shooter Ankur Mittal for the Rajiv Gandhi Khel Ratna Award, the highest sporting honour in the country.

In 2013, 29-year-old Sidhu became the first Indian pistol shooter to clinch a gold medal in the International Shooting Sport Federation (ISSF) World Cup when she won the finals of the women's 10m air pistol event in Germany.

She also won a gold medal in the 10m air pistol mixed team event of the 2017 World Cup in New Delhi and silver in the 2009 and 2014 editions of the marquee event.

In 2014, the Asian Games silver medallist was awarded with the prestigious Arjuna Award, the honour to recognize outstanding achievement in sports.

Mittal, on the other hand, has bagged a gold medal in the double trap event of the 2017 ISSF World Championships in Mexico besides also picking up a silver in the ISSF World Cup in New Delhi in the same year.

In 2017, he also won a gold medal in the men's double trap shooting event of the Asian Shotgun Championship in Kazakhstan before lifting a bronze medal in the same category of the 2018 Commonwealth Games in Gold Coast.

Mittal was also conferred with the Arjuna Award last year.