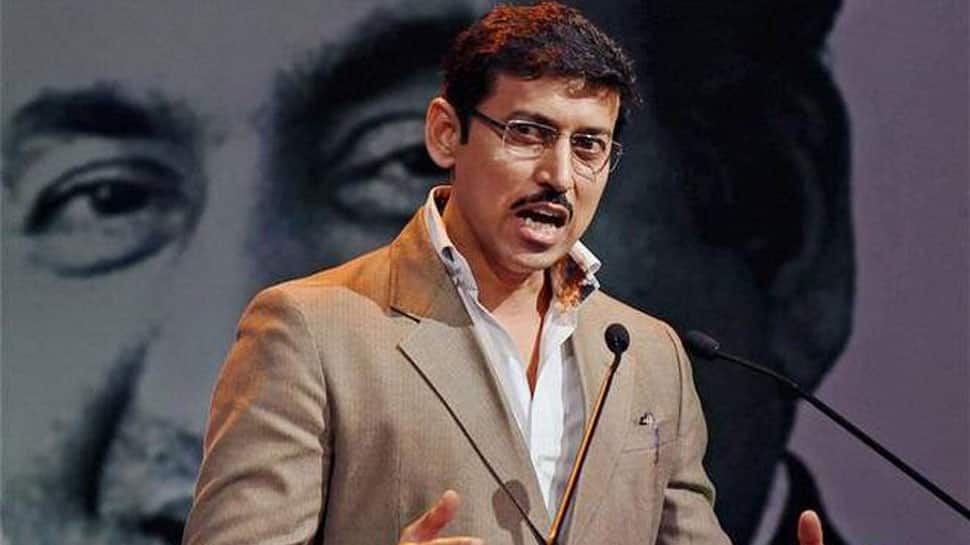 Sports Minister Rajyavardhan Singh Rathore played table tennis with both hands and spoke at the same time while launching a '5MinuteAur' challenge as part of the Khelo India movement.

Rathore, an Olympic silver medallist in shooting, urged India's leading athletes and actors to share their childhood stories when they would ask their parents to let them play for that five extra minutes.

Bas #5MinuteAur-haven't v all asked fr it-in playgrounds,exam halls or on the phone?

"Remember when we used to play in our childhood, that was the exact time when our parents would remind us of our homework. And we would say 'just five more minutes'," Rathore said in a video message on twitter.

"There was no one to speak for us then but now we have a voice. So why don't we all speak up for all the kids in the country and say 'let them play', five minutes more, play India. Use #5MinuteAur and #KheloIndia and share you five minutes more story."

In 2017, Rathore had shared a workout video and challenged athletes and film personalities to share there regimens.

The Khelo India Youth Games 2019, which will see a host of athletes in action, officially kick off in Pune on Wednesday.

The athletes will compete in 18 different disciplines, of which six are team sports.