Praneeth has now set up a clash against another Chinese player and top seed Shi Yuqi in the summit showdown of the tournament. 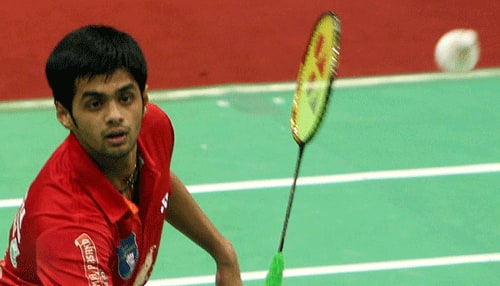 Ace Indian shuttler B.Sai Praneeth showcased a dominant performance as he eased past second-seed Chen Long of China in straight games to book his place in the finals of the Swiss Open Super 300 final in Basel on Saturday.

Praneeth was initially tested by the reigning Olympic champion Long before the Indian eventually outclassed the world number five 21-18, 21-13 in a semi-final clash that lasted 46 minutes.

Praneeth has now set up a clash against another Chinese player and top seed Shi Yuqi in the summit showdown of the tournament.

Earlier, Praneeth cemented his place in the semi-final of the tournament after registering a comfortable 21-13, 21-11 win over France's Lucas Corvee in the one-sided last eight clash.

Meanwhile, Praneeth's fellow countrymen Parupalli Kashyap, Ajay Jayaram, Sameer Verma and Shubankar Dey all bowed out in the second round of the tournament.