Woods, a 15-times major champion, and two-time Super Bowl winner Manning jumped out to a three-hole lead on the front nine at the Medalist Golf Club in Hobe Sound. 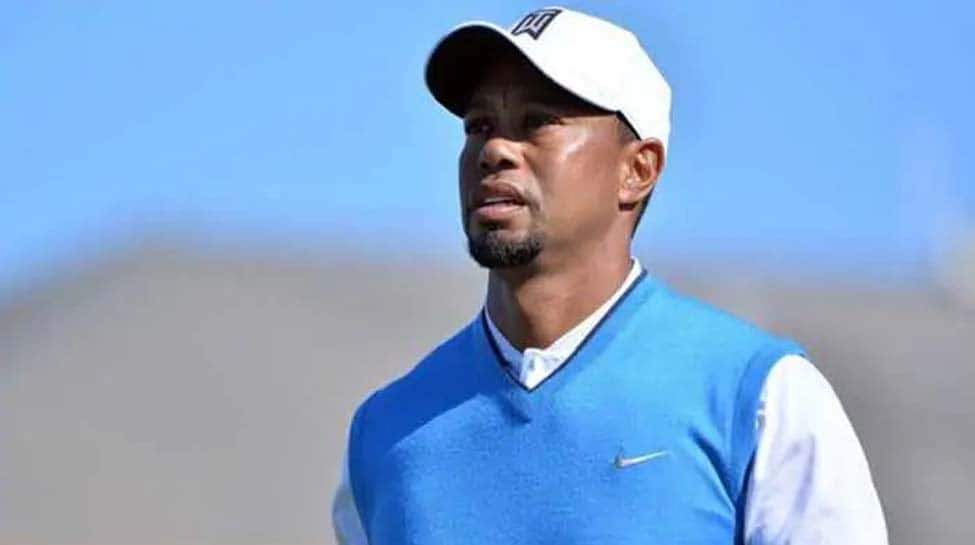 Tiger Woods and Peyton Manning held off a late challenge to beat Phil Mickelson and Tom Brady 1Up in a charity golf match in Florida on Sunday that raised $20 million for COVID-19 relief efforts.

Woods, a 15-times major champion, and two-time Super Bowl winner Manning jumped out to a three-hole lead on the front nine at the Medalist Golf Club in Hobe Sound.

While Woods`s booming drives and Manning`s solid putting saw the pair dominate the early holes, five-times major winner Mickelson and Brady won the 11th and 14th to shave the lead to one.

However, they were unable to force extra holes after Woods delivered a dagger putt on 18 as darkness descended on his home course.

The shot of the day came from Brady on the seventh when he holed out from the fairway just after NBA great Charles Barkley, working as a commentator, had been giving the quarterback a hard time for his ice cold start.

"Shut your mouth, Chuck," Brady said with a smile.

But Brady, who joined Tampa Bay in March after 20 years with New England, had little time to revel in the moment.

After giving a short speech where he told his wife and kids he loved them the six-times Super Bowl winner then split the seat of his pants while retrieving the ball from the cup.

Woods, who lost to Mickelson in a $9 million winner-take-all challenge in 2018, congratulated Manning and Brady for their performance in the team match play event, dubbed The Match: Champions for Charity.

"We all came together and were able to raise $20 million for those that have been so severely affected," Woods said.

"I take my hat off to Tom and Peyton. This is our arena, this is what we do for a living. I couldn`t imagine going on the field and do what they do," he added with a laugh.

The competition comes 2-1/2 weeks before the PGA Tour plans to resume its season on June 11 at Colonial.

Woods last competed in February and then withdrew from a number of tournaments with a back injury before the PGA Tour decided to cancel a slew of events because of the novel coronavirus outbreak.

He has said he is healthy and will be ready to go when the Tour resumes.

Mickelson finished third in the Pebble Beach Pro-Am in early February and missed the cut in his next two starts.

Manning, who played for the Indianapolis Colts and Denver Broncos, retired in 2016 as the NFL`s all-time leader in passing touchdowns and yards and is the only five-times winner of the league`s Most Valuable Player award.