Abhinav Bindra, in an exclusive interview with WION’s Sports Editor Digvijay Singh Deo, opened up on the postponed Games, how Japan is going to overcome the setback and the cost of pushing the quadrennial event back by a year. 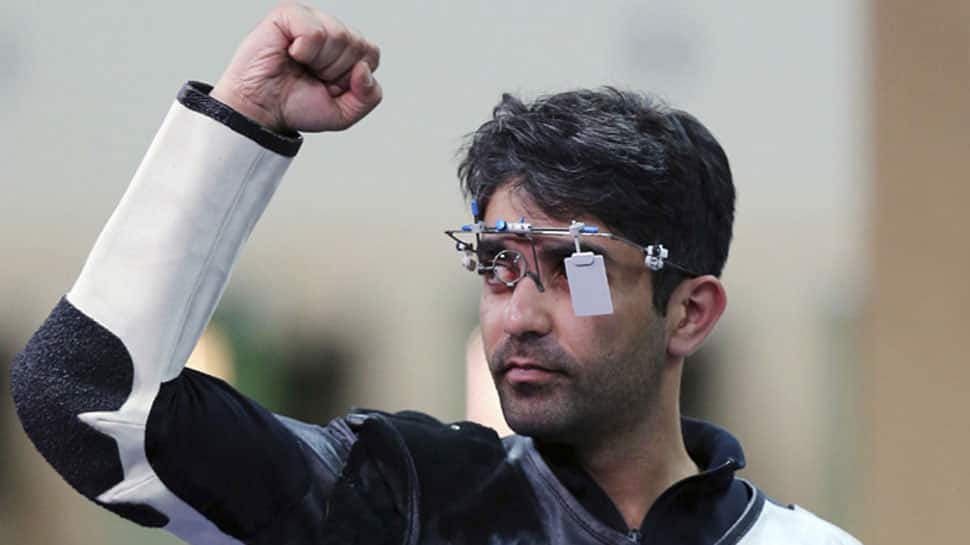 The Tokyo Olympics were postponed by a year amid the COVID-19 pandemic. The International Olympic Committee (IOC) didn’t take much time to announce the rescheduled dates as the Games will now open on July 23, 2021, while the closing ceremony will be held on August 8, 2021.

India’s only Olympic gold medallist and now an entrepreneur, Abhinav Bindra, in an exclusive interview with WION’s Sports Editor Digvijay Singh Deo, opened up on the postponed Games, how Japan is going to overcome the setback and the cost of pushing the quadrennial event back by a year.

Bindra said that the decision to postpone was a real positive move by the IOC considering the situation surrounding the COVID-19 pandemic as the Padma Bhushan awardee said the athletes were getting really anxious due to the uncertainty surrounding the Games while adding the announcement comes a huge relief for the athletes.

“I think the decision has been made pretty quickly, only two weeks back there was a lot of uncertainty about the games getting postponed. The International Olympic Committee has taken a very prompt decision. They initially came up with a four-week deadline to make the call and didn't even use all of it and took a decision within 2 days. They have already revealed the new dates for the games in 2021 which is very good for the athletes. The athletes were getting extremely anxious due to the uncertainty surrounding the Games. They would have continued to train if the game were not postponed, thereby putting their lives and their families at risk. So it is a very good decision to postpone and I am happy it was taken very quickly,” Bindra told WION.

The decision to postpone the Olympics wasn’t easy at all. With a lot riding on the events, fresh logistical nightmares are bound to crop up after the Games were postponed by a year. The IOC has already indicated that the first priorities are the athletes’ village, venues and hotel bookings.

A decision to postpone the Olympic Games is not an easy one. There is just so much riding on the games and new logistical nightmares are bound to crop up when you push the Games back. Already the IOC has indicated that first priorities are the games village, sports venues and hotel bookings. However, Bindra is of the view that such a massive decision just can’t be taken by the IOC alone as it has to consult with all relevant stakeholders, government and sponsors before coming to a final decision.

"A timely decision was taken"

“The decision cannot just be taken by the IOC, they have to consult all the relevant stakeholders, those are the organising committee, the government, and the many sponsors. Putting together the Olympic Games is an extremely complex process, keeping that in mind I think the decision to delay the Games was taken very quickly. There was a little bit of pressure being built by the media, but given the stakeholders involved and the magnitude of the event, a timely decision was taken,” Bindra opined.

The estimated cost of pushing the Tokyo Olympics is being pegged at around $3 Billion to $6 Billion, hence, there were many stating that the Japanese taxpayer will have to bear the brunt. However, with Japan taking up the responsibility and agreeing to bear the cost of the postponements, they deserve to be lauded. Bindra said that the Tokyo Games had the best-prepared event ever while lauding the effort by everyone working behind the scenes.

"Japan needs to be lauded for agreeing to bear the cost of the postponement of the Games. Do remember that due to the virus the economic outlook is pretty bleak but they have not flinched. It is extremely commendable, especially during these tough economic times for them to do that. The Japanese people are extremely determined and the preparations to the games have probably been the best ever. All the venues were ready well before time and they have done a fantastic job. They remain committed to hosting the best ever Olympics and I hope to come next year that will be the case," Bindra said.

Shooter Anjum Moudgil opens up on Olympics postponement, life in lockdown, love for painting and much more