Tokyo Olympics semifinalist Ravi Kumar Dahiya has been training at Chhatrasal since 2009 and hasn’t been home for more than a couple of days since he began training there. 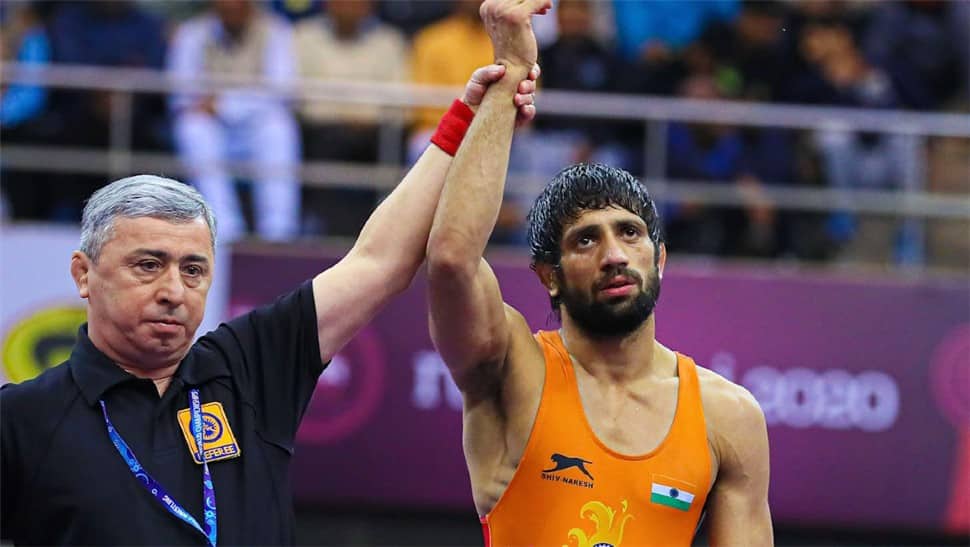 Ravi Kumar Dahiya, the 57kg freestyle grappler is a Tokyo Olympics semifinalist now and just one step away from becoming just the fourth wrestler from India after KD Jadhav, Sushil Kumar and Yogeshwar Dutt to bring home an Olympic medal. Since Delhi’s Chhatrasal Stadium was his training ground for years, it is no surprise that the now infamous Sushil Kumar and 2012 London Olympics bronze medallist Yogeshwar Dutt are his role-models.

“Sushil had won the Olympic medals when I came. It is always good to have an inspiration and train under a good wrestler. It’s better that he is here and can see me win medals,” Dahiya is quoted as saying by scroll.in.

His accommodation at Chhatrasal was once used by Yogeshwar Dutt, who is now a politician after quitting active wrestling. Dahiya has been training at Chhatrasal since 2009 and hasn’t been home for more than a couple of days since he began training there.

“My room here used to be Yogeshwar Dutt’s. It was built for him. He won an Olympic medal from this room. After he left Chhatrasal stadium, I was given this room. It feels nice to stay in the same room,” he added.

In the early part of 2020, the Olympics fourth-seeded wrestler went to the Russian Federation to train with coach Murad Gaidarov.

“In Russia, I am practising and training with better and stronger wrestlers. Each day I am fighting new wrestlers, and I am learning a thing or two every day. Coach Murad is training me in every way possible. He is putting new challenges before me every day and it's making me stronger as a wrestler and improving my technique,” Dahiya said last year.

Hailing from Nahri village in Sonipat in Haryana, wrestling was what Dahiya was meant to do from a young age. It is the same village from which 2013 World Championships silver medal-winning wrestler Amit Dahiya emerged.

He was billed for greatness since his silver medal at junior world championships and he has dedicated his whole life to wrestling since then. In fact, Dahiya did not even have the basic luxury of a mobile phone till 2015.

The 2020 and 2021 Asian champion and 2019 World Championships bronze medallist will now be gunning for an Olympic medal when he takes on Kazakhstan’s Nurislam Sanayev in the 57kg semifinal clash on Wednesday from 245pm IST onwards.