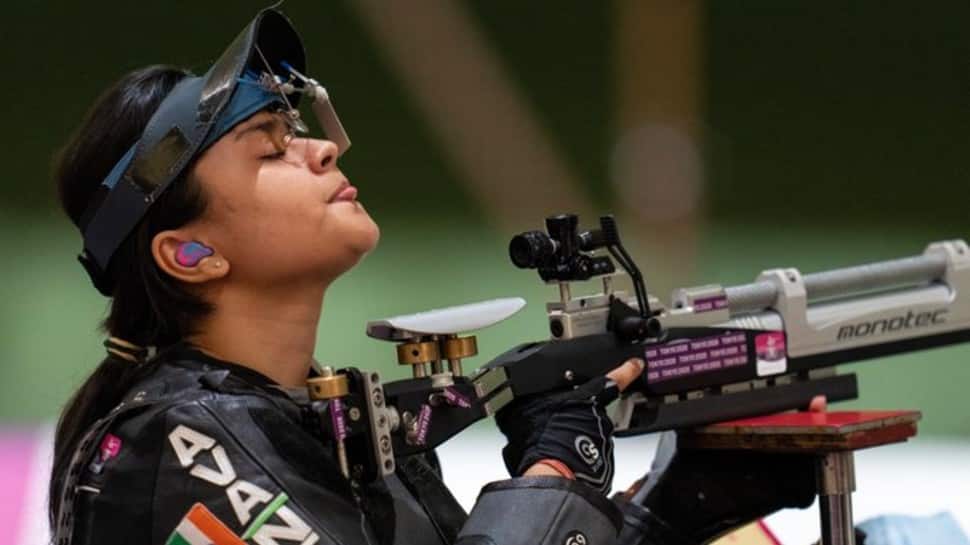 Avani also equalled the current WR to win the women's 10m Air Rifle Standing SH1 category with her gold medal-winning performance in Tokyo. The 19-year-old finished with a world record equalling total of 249.6, which is also a new Paralympic record.

PM Narendra Modi called it a 'special moment for Indian sports'.  "Phenomenal performance @AvaniLekhara! Congratulations on winning a hard-earned and well-deserved Gold, made possible due to your industrious nature and passion towards shooting. This is truly a special moment for Indian sports. Best wishes for your future endeavours," Modi tweeted.

Phenomenal performance @AvaniLekhara! Congratulations on winning a hard-earned and well-deserved Gold, made possible due to your industrious nature and passion towards shooting. This is truly a special moment for Indian sports. Best wishes for your future endeavours.

Lekhara edged out 2016 Rio Games gold-medallist Cuiping Zhangh of China who clinched the silver medal with a total of 248.9 at the Asaka Shooting Range. World number one and reigning world campion Iryna Shchetnik of Ukraine took home the bronze with an effort of 227.5.

This is Avani’s first major international medal. She had finished fourth in the last world championship in 2019. Appearing in her maiden Paralympics, Avani, ranked fifth in the world, consistently shot 10s in both the competition stages.

She was set to obliterate the world record but two 9.9s towards the end cost her the mark.

In the qualification round, Avani had finished seventh with a total 621.7. Encouraged by her father to get involved in a sport, Avani initially tried both shooting and archery.

She found she enjoyed shooting more, and was also inspired by 2008 Beijing Olympics gold-medallist Abhinav Bindra after reading his book. She began shooting in 2015 at Jagatpura Sports Complex in Jaipur. A student of law, Avani made her debut for India in 2017 World Cup in Al Ain, UAE.