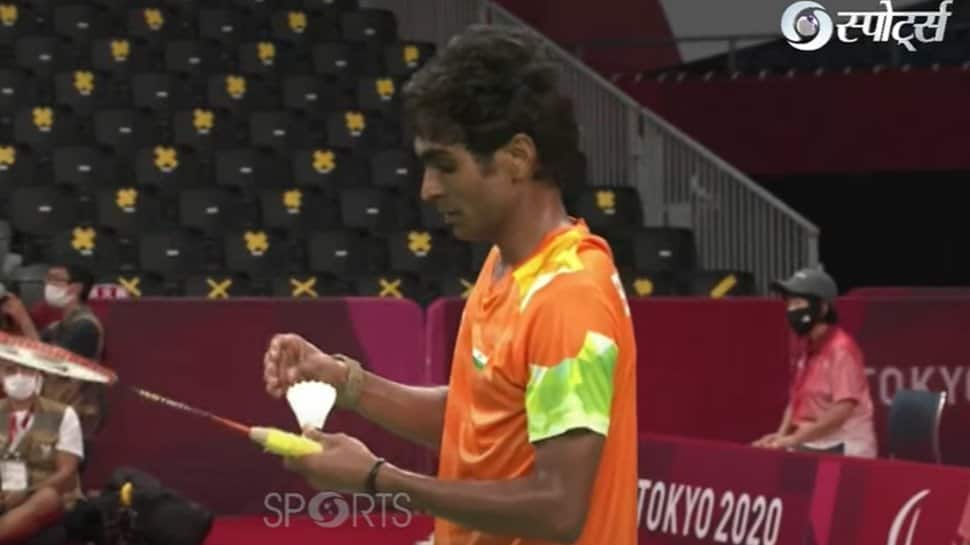 The Indian secured a commanding win over his opponent closing the match after winning it in straight game. Bhagat finished Game 1 with a 21-11 scoreline and almost went on to repeat the feat in the second, securing it 21-16.

It's official Pramod Bhagat wins first ever GOLD for India in the first ever edition of #ParaBadminton at #Paralympics pic.twitter.com/J4zgwwMmu2

In SL3 classification, athletes with lower limb impairment are allowed to compete.

With badminton making its debut at the Paralympics this year, Bhagat, the current world No. 1, thus became the first Indian to win a gold medal in the sport.

Bhagat had contracted polio when he was 5-year-old and is among the best para shuttlers in the country. He had earlier bagged 45 international medals, which include four world championship gold medals and a gold and a bronze in 2018 Asian Para Games.

Meanwhile, India also secured a bronze medal in the same event after Manoj Sarkar defeated Japan's Daisuke Fujihara for a third-place finish. However, the road was not as easy for Manoj, who locked horns in a tough contest against the local shuttler.

Earlier in the day, Manoj had lost the men's singles SL3 semi-final match against silver medalist Daniel Bethell, who won the match 21-8, 21-10.

After this, India now stand in the 25th position on the medal tally with 4 golds, 7 silvers, and 6 bronze.