The Englishman piled up six birdies on the more difficult front nine to set a cracking pace with a bogey-free seven-under-par 65 in Ponte Vedra Beach. 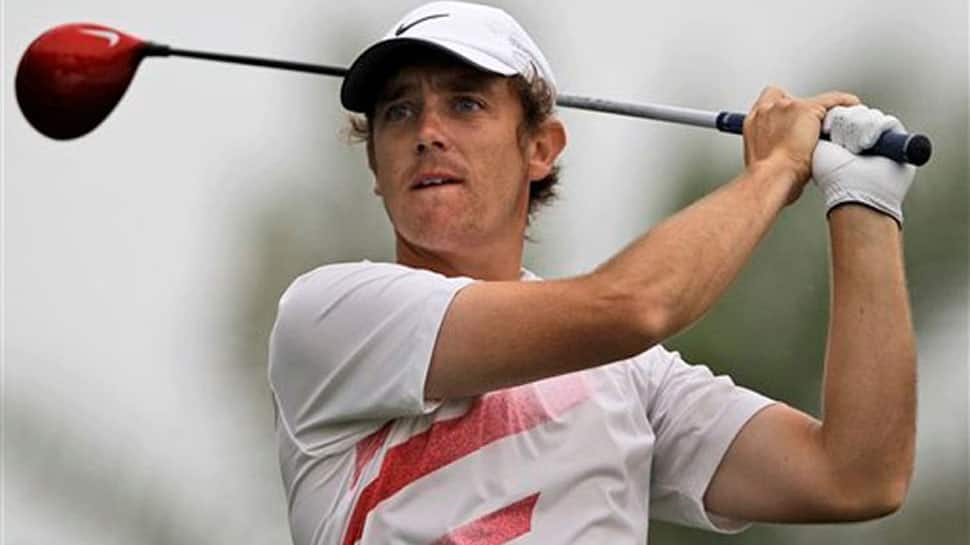 Tommy Fleetwood grabbed the clubhouse lead as competitors plundered TPC Sawgrass in benign morning conditions in the first round of the Players Championship in North Florida on Thursday.

The Englishman piled up six birdies on the more difficult front nine to set a cracking pace with a bogey-free seven-under-par 65 in Ponte Vedra Beach.

"You can only play yourself out of it in round one. I`ve done a good job of keeping myself in it," Fleetwood told reporters.

He led by one stroke from South Korean An Byeong-hun and American Brian Harman, and by two from Northern Irishman Rory McIlroy.

Fleetwood, who played the back nine first, did not take advantage of still conditions early, instead making his move after the wind started to make its presence felt.

"The wind picked up and there were some tough holes there," he said. "But I drove it so well I was always in a good position."

"If you`re in the fairway the course feels very, very different. It`s a massive key around here and then I started picking a few shots up. If you hit it well like I did today you`re going to have chances and you can shoot a score."

World number 13 Fleetwood has won four times on the European Tour but is still seeking his breakthrough on the PGA Tour.

He came close last year at the U.S. Open, where he finished a stroke behind champion Brooks Koepka after a closing 63.

"Expectation`s a tricky thing. It`s clearly the next step for me to win over here but winning`s not easy and I`ve just got to keep plodding away," Fleetwood said.

McIlroy, a presence on leaderboards every time he has played this year, got off to a good start with a bogey-free sortie.

"I`m comfortable with my game, doing everything well," said the Northern Irishman, who for all his good play this year is yet to win.

Perhaps the biggest surprise of the morning was a 74 by world number two Justin Rose, who had a nightmare triple-bogey at his 10th hole, the par-four first.

He was in a greenside bunker in two shots, but took two attempts to get out of the sand, and three more to hole out.

While Rose dropped three shots in one hole, American Harris English picked up the same number at the par-five 11th, where his second shot from 235 yards landed softly a couple of paces in front of the cup and rolled in.

He shot 70. Tiger Woods was among those with a late tee time.