Like their sister, the boys have been given equally fitting names – Thunder and Saint Leo. Usain Bolt and his partner Kasi Bennett welcomed their first child Olympia Lightning together last year. 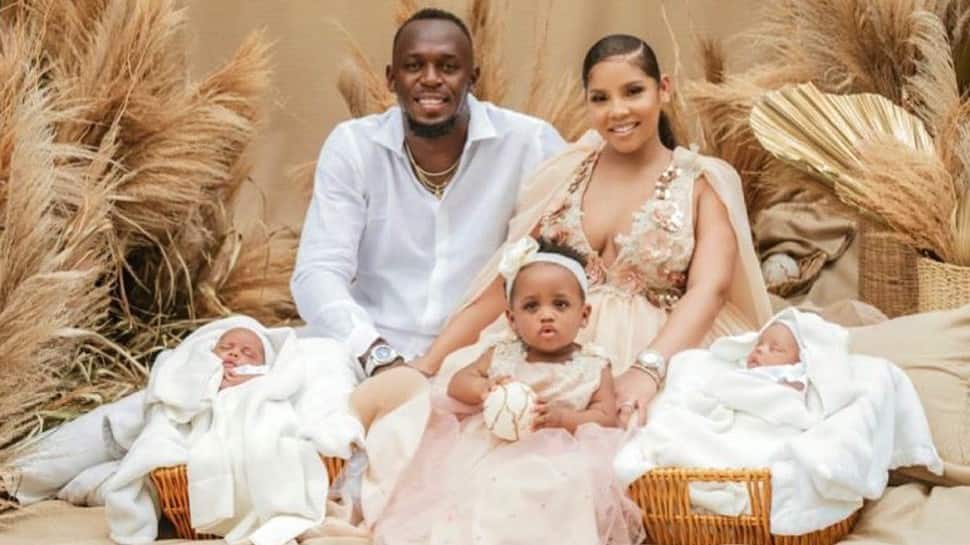 Jamaican track and field legend Usain Bolt announced the birth of his twin sons in an Instagram post on Father’s Day on Sunday (June 20). The post showed a family photo, with Bolt sitting next to his partner Kasi Bennett, their daughter Olympia Lightning, and the newborn twins.

Like their sister, the boys have been given equally fitting names – Thunder and Saint Leo. Bolt and his partner Kasi Bennett welcomed their first child Olympia Lightning together last year.

Bolt, 34, will not be participating in this year’s Tokyo Olympic Games, having retired from the sport in 2017. This year's competition will be the first Olympics since 2000 in which the sprinter won't be seen on the track.

He told CNN Sport in March that he was looking forward to being a spectator of the games as opposed to competing.

“I’m definitely excited to be in the stands,” he said. “I’ve never got an opportunity to really watch Olympic Games, to either go (watch) swimming, the soccer or just to see all the events. So I’m excited to actually get the chance to really experience Olympics like a true fan.”

Lightning and Thunder ? Gonna be a storm around here. Congratulations

Listen, when your name is Bolt and you're the fastest man alive, the universe is telling you to do all the cool things with the baby names.

Wishing nothing but joy for this beautiful family.

An 11-time world champion, Bolt remains the fastest man in the world, having set a record of 9.58 seconds over the 100-meter sprint at the Berlin World Championships in 2009, as well as his 200-meter world record of 19.19 seconds.

Bolt, who won 23 major championship golds in a glittering career, tried to turn to professional football after his track career ended, but failed to secure a contract and retired from all sport in 2019.

“It was a good experience. I really enjoyed just being in a team and it was must different from track and field and it was fun while it lasted,” he said at the time.