Englishman Casey shot 66, one better than Cook, in the second round at the Palm Harbor before the Florida breezes, kicked up and the greens became trickier. 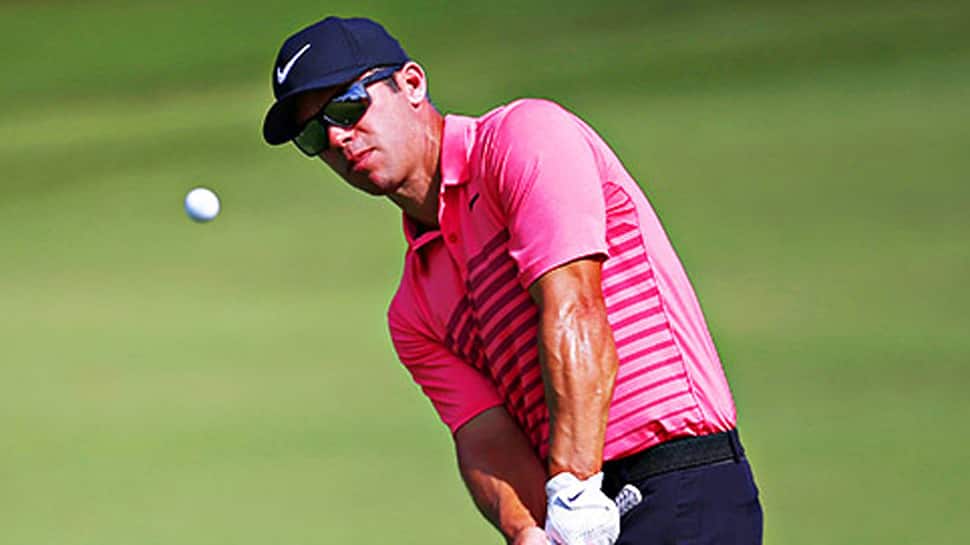 Defending champion Paul Casey and American Austin Cook will go into the third round of the Valspar Championship in Florida one shot ahead of the chasing pack after the early starters posted a total of six-under 136 on Friday.

Englishman Casey shot 66, one better than Cook, in the second round at the Palm Harbor before the Florida breezes, kicked up and the greens became trickier.

Luke Donald (70) had threatened to finish the leader, moving ahead by one with four holes to play, but two bogeys coming home left him in a three-way tie for third alongside Scott Stallings (68) and Im Sung-jae (67).

Another shot back was world number one Dustin Johnson with a second consecutive 69 leaving him in a three-way tie for sixth with Australian Curtis Luck (68) and first-round co-leader Joel Dahmen (72).

Casey put together an eagle and four birdies before a bogey at his last hole, the ninth, saw him finish on a sour note.

"I think mentally last year I was sort of hoping, obviously hoping, I would win, wanting to win. This year, knowing that I have won around here, I have just a slightly different approach to it.”

Cook has turned to a new putter and liked the results as he recorded five birdies and a bogey.

"Something as simple as changing a putter can make a big difference sometimes," he told PGA Tour Radio.

Donald, playing in only his second tournament of the season after back trouble in 2018, overtook Casey and Cook with a clutch 33-foot birdie from a greenside bunker at the fifth, his 14th hole.

But a bogey at the very next hole and another at his final hole saw him drop out of the lead.

"Maybe lost a little bit of focus down the stretch there the last few holes, but overall I`m in a great position and thankful that I feel good and healthy and ready for a weekend. It`s been a while," said Donald, who won the tournament in 2012 and is playing on a major medical exemption as he makes his comeback.

Scotland`s Russell Knox, tied for third after the first round, barely made the cut after soaring from a 67 on Thursday to a 76 in windy conditions on Friday.

Australian Jason Day did fall over the cut line as the world number 12`s 71 was not enough to overcome an opening 74. He ended on three-over-par 145, two shots over the line.