Vijender, India's first Olympic and world championships medallist in boxing, was to make his US debut at the Staples Center on the Vasiliy Lomachenko-Anthony Crolla undercard. 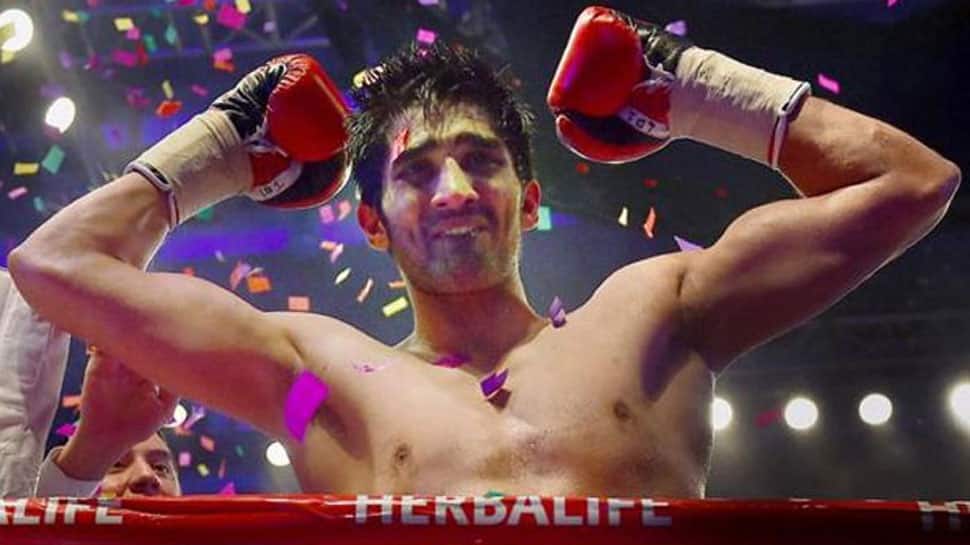 New Delhi: Indian boxing star Vijender Singh's much-awaited professional debut in the USA, scheduled to take place on April 12, was on Tuesday postponed after he injured himself during a sparring session in Los Angeles.

The 33-year-old, India's first Olympic and world championships medallist in boxing, was to make his US debut at the Staples Center on the Vasiliy Lomachenko-Anthony Crolla undercard. It was to be an eight-round contest and his opponent was yet to be decided.

"I got hurt during a sparring session on Friday. My left eye has received two kinds of stitches and doctors have told me they would remove the just the external stitches on coming Friday," Vijender told PTI from his training base.

Vijender is so far unbeaten in his 10-bout pro career and claimed the WBO Asia Pacific super welterweight title during his stint with England. The celebrated Indian turned professional in 2015.

"I can't recall the name of the guy I was sparring with but I got hit by his elbow. It is disappointing to be held back by something like this but I believe rab jo karda ae changa hi karda hai (Whatever God does is always for the best). So, I am sure he has a better plan for me," he added.

Asked if the new schedule for his debut US fight has been decided, the Haryana pugilist said, "It will only be known once my injury heals. It is going to take some time. My trainer (Freddie Roach) was furious with the boy who accidentally hit me. But it's all part of life and I am never the one to sulk."

"Because apart from this, I am really enjoying training here. I am really looking forward to make a name for myself here."

Vijender, represented in India by IOS Boxing Promotions, relocated his training base to Los Angles earlier this month after signing up with the legendary Bob Arum's 'Top Rank Promotions'.

He is training at the 'The Wild Card Boxing Club' under Roach, a 2012 International Boxing Hall of Fame (IBHOF) inductee.

In his 32 years as a trainer, Roach is widely regarded as one of the best boxing coaches of all time.