Vikas clinched a Super 10 (11 raid points) as his team outperformed Pune in all departments to jump to the second in the points table. 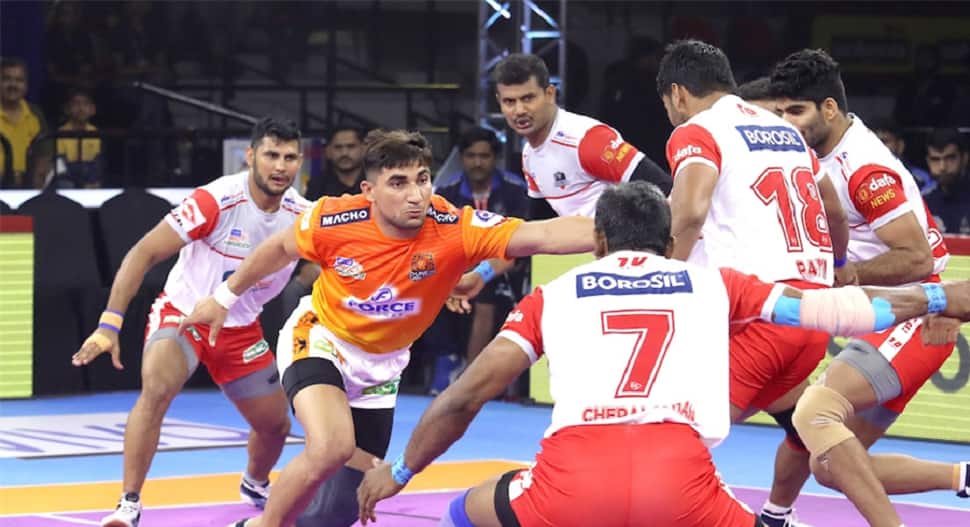 Bengaluru: Ace raider Vikas Kandola was once again an unstoppable force as Haryana Steelers cruised to a 41-27 victory against Puneri Paltan in a Pro Kabaddi League (PKL) encounter at the Sree Kanteerava Stadium here on Monday.

The star raider clinched a Super 10 (11 raid points) as his team outperformed Pune in all departments to jump to the second in the points table.

The match had been billed as an encounter between the hard-tackling Pune side (with the league`s best average tackle points of 11.4 per match) and the raid-heavy Haryana team (average of 17.8 raid points per match) and the early minutes certainly lived up to the hype with both teams matching each other.

Nitin Tomar started brightly for Pune as he produced a great raid to send out the experienced Dharmaraj Cheralathan and Kandola in the second minute. Super Tackles, a big source of points in season 7, from both ends, kept the scores ticking as the match became a cagey affair towards the end of the first half.

But two multi-point raids by in-form Kandola forced an All-Out on Pune and handed over the momentum to Haryana. The half ended with Haryana on top 18-11.

Haryana went in the match on a winning streak - three wins in three matches - and they started with second half with renewed energy. Kandola was in the thick of things once again but Haryana`s raiding duo of Vinay Kumar and Prashanth Kumar Rai were more than able support crew to him, picking up vital points whenever the star raider went out.

Haryana enforced another All-Out on Pune with less than nine minutes left in the match to all but seal the game. They had a 20-point towards the closing stages of the match, largely thanks largely due to a defence marshalled by the experienced Dharmaraj , who ended the match with a High 5 to his name.

Young Pankaj Mohite, playing his rookie season, showed why he is a highly-rated raider with some positive raids for Pune but it proved too late as Pune slumped to another defeat.