Want to train outside to prepare for Olympic gold: Indian wrestler Deepak Punia

He had booked the quota after prevailing 7-6 in a tense semifinal against Colombia`s Carlos Arturo Mendez at the World Wrestling Championships. 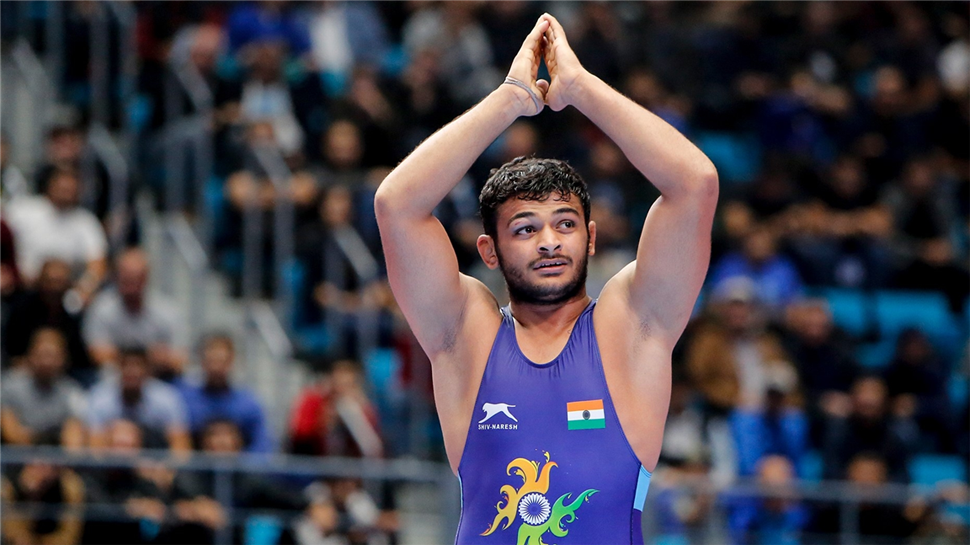 Facing setback due to an injury that robbed Deepak Punia a chance at gold at the wrestling World Championships, the reigning junior world champion has dug in his heels, as he wants to bring home a gold from the Tokyo Olympics at all cost.

Competing in his maiden senior Worlds, the 19-year-old on Sunday had to pull out of the final in the men`s freestyle 86kg due to injuries to his leg and eye.

"I am really disappointed. I am coming back tomorrow. I am happy I booked a berth to the Olympics. But I really wanted to fight for gold," Punia told IANS from Nur-Sultan in Kazakhstan.

"I practiced well for this. There was tough competition. But I had faith in my abilities and I did well," he said when asked about his rich vein of form in the competition.

Punia said he wants to make up for this setback at the Olympics, where he is aiming for gold.

"Olympics is everything for me. It`s a dream. I want to go and train outside before the Olympics. My target is to win gold at the Olympics. Every bout will be tough in Tokyo.

"But I am confident of my abilities and I will give my everything to win gold medal. It`s my dream and it means everything to me."

Punia got past Kazakhstan`s Adilet Davlumbayev, Bakhdour Kodirov of Tajikistan, Columbia`s Milton Izquierdo and Stefan Reichmuth of Switzerland to earn his spot in the final.

"I got a lot of confidence from this competition. This performance will give me a lot of confidence. I had prepared really hard for the World Championships. I learnt so much from this meet. From every tournament you get to learn," said Punia who trains at Chhatrasal stadium in Delhi.

On Saturday, Punia booked his Tokyo Olympics quota by becoming the youngest Indian ever to make it to the final of the World Championships.

He had booked the quota after prevailing 7-6 in a tense semifinal against Colombia`s Carlos Arturo Mendez.

On his injury, Punia said, "This keeps happening in wrestling. I got this injury in the first round. My leg is swollen up and the eye is swollen also."