Delhi are set to kick off their PKL 7 campaign on Wednesday against hosts Telugu Titans and speaking to reporters on the eve of the match, Meraj seemed confident of his side putting up another spirited show. 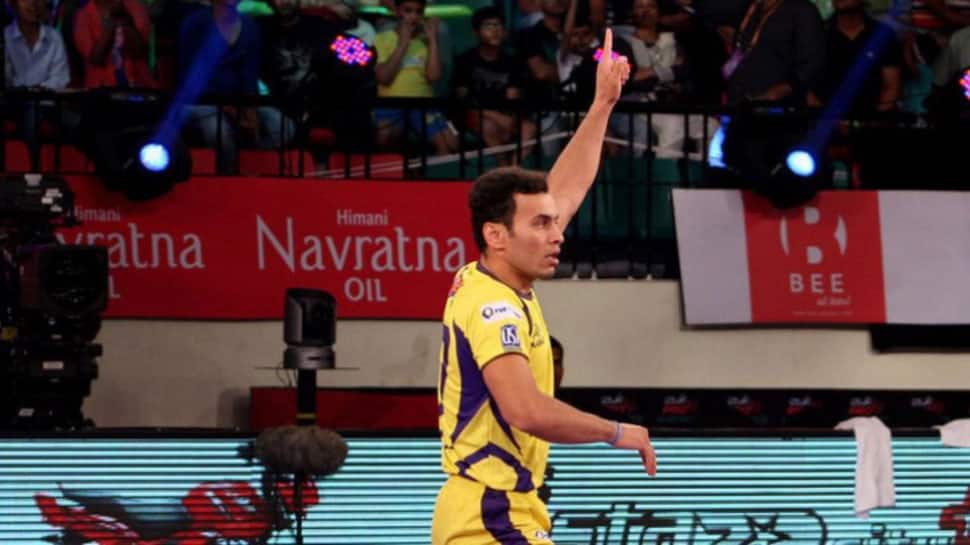 Dabang Delhi stunned everyone in 2018 by reaching the Pro Kabaddi League (PKL) playoffs, thanks largely to their skipper Joginder Narwal, who led from the front, and young raider Naveen Kumar, who amassed 177 points in 22 games.

Their Iranian star Meraj Sheikh feels his team can go a step further in Season 7 this year.

Delhi are set to kick off their PKL 7 campaign on Wednesday against hosts Telugu Titans and speaking to reporters on the eve of the match, Meraj seemed confident of his side putting up another spirited show.

When quizzed about his side's preparations for this year's league, the Iranian said: "Season 6 was our best run so far as we finished in the playoffs and excelled in most departments of the game. Our captain Joginder (Narwal) led from the front and was largely instrumental in our impressive run last year. Our preparations for the league are going well under the guidance of coach Krishan Kumar Hooda."

"This year, our main focus is on fitness and our trainer Sandesh has also been working closely with every player, providing them with customised training regimes which help them in their respective playing positions. We started our training camp in Haryana in June and we are already seeing a big improvement in the fitness levels and skills of the players. I'm sure we will go a step ahead and go closer to the title."

Delhi tried to keep their last year's squad intact during the auctions before the start of the season. Meraj was all praise for his teammates, especially young raider Naveen Kumar, and felt that Delhi now have a balanced mix of raiders, defenders and all-rounders.

"This year at the auctions, we retained the core team that played in 20I8. Joginder Narwal, Ravinder Pahal, Vishal -- they all led the defence very well, and raiders like Naveen and Chandran Ranjit gave them able support. We also have some strong additions to the team, so it is a dynamic mix of young and experienced players."

"After a great last year, Naveen's hunger for getting better makes him an integral part of our team. I am very excited to share the mat with all such young and emerging talents. I will try my best to help them in any way I could," Meraj said.

Commenting on the areas of improvement this year, Meraj said that mistakes should be taken positively and should be looked at as a learning opportunity.

"I wouldn't call them 'mistakes' because if seen positively, these are learning opportunities, not only for you but for any team in this league. What matters is how we make full use of these opportunities to benefit our respective teams," he said.

"Delhi have always analysed and read these situations to know how we could improve as a team. Under the guidance of Hooda sir, I am positive that we will leave no stones unturned in preparing for yet another successful show," he added.

When asked if he has set any personal targets this year, the Iranian asserted that his sole aim is to help Delhi win their maiden PKL title.

"I don't have any personal targets. My only aim this year is to win the trophy for my team -- Dabang Delhi. With such a well-balanced team comprising young and experienced players, we plan to go all the way in PKL 7," Meraj said before signing off.