Rijiju also said that the government has taken several steps, like Khelo India programme, to identify rural talent in India. 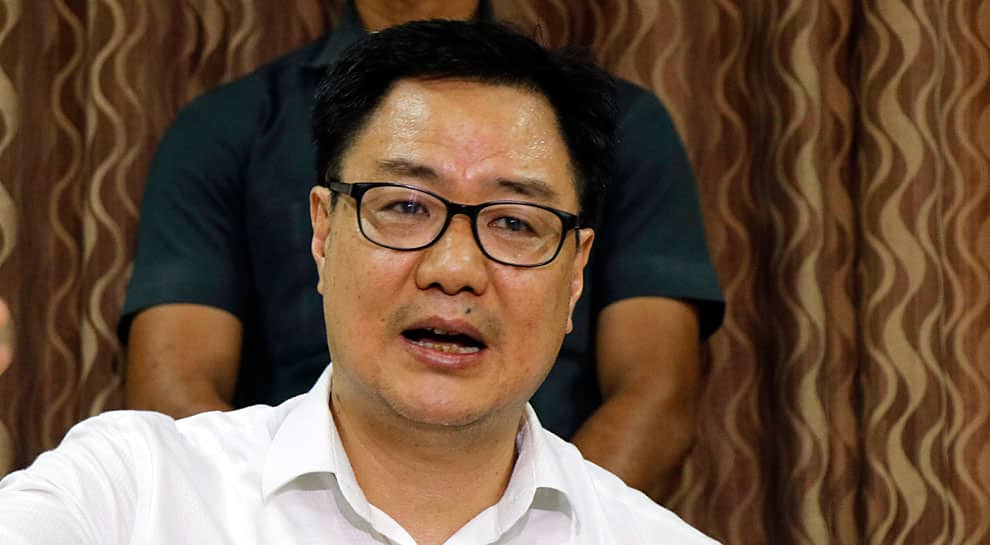 New Delhi: India will send a good contingent for the Tokyo Olympics, which are scheduled to be held next year, Union Sports and Youth Affairs Minister Kiren Rijiju informed Parliament on Thursday.

"We will definitely perform better at Olympics," the minister said while responding to a supplementary question during the Zero Hour in the Lok Sabha.

Rijiju also said that the government has taken several steps, like Khelo India programme, to identify rural talent in India.

"It is absolutely true that raw talent in rural areas is very high. We initiated programs like Khelo India to identify young talents in rural areas. We are training more than 14,000 players all over the country in different centres. We are focusing on the rural talent and hope that they will get an Olympic medal for the country in future," Rijiju said.

Noting that promotion of sports is the primary responsibility of state governments, Rijiju said the Centre supplements efforts of the state government concerned for bridging gaps in sports infrastructure.

BJP MP from Chandigarh, Kirron Kher asked Rijiju about the steps the government is taking to help poor athletes participate in international championships.

"Earlier, we witnessed that the international athletes did not get the proper recognition. After taking charge of the ministry I have conducted meetings to ensure the players get proper funding," Rijiju replied.

"We allot funds to the federation and they further distribute it to the players. We help players to participate in international events and I can assure you that we will 100 percent help poor athletes," he added.

In a supplementary question, Kher demanded coaches for the international sports complexes in her parliamentary constituency of Chandigarh to nurture the young talents.

"We have raised the funds for the coaches so that our athletes get the best training. We are spending more than Rs 10 lakh per month to bring-in foreign coaches to India," Rijiju added.