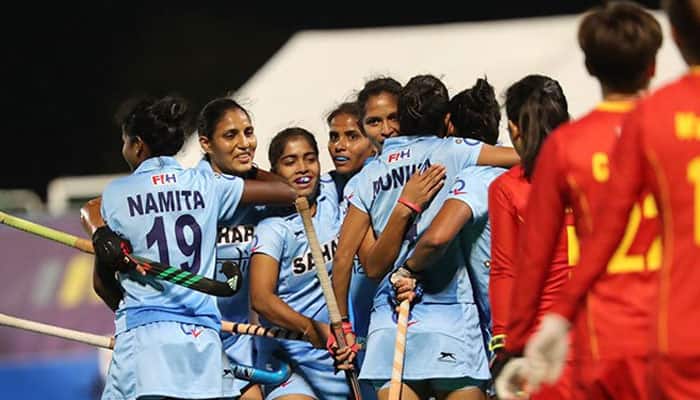 In a cagey final encounter at Gifu Hockey Stadium, both the sides failed to score in the first quarter, but Navjot Kaur gave India the all-important lead with a brilliant field goal in the 25th minute.

Playing in their fourth Asia Cup final, India did well to keep tournament's leading scorer Zhong Jiaqi quite, but to stop Tiantian Luo from converting a late penalty corner in the 47th minute.

After 60 minutes of play, the scoreline remained 1-1, forcing a penalty shoot-out.

Even in the shoot-out, both the sides failed to break the deadlock at 4-4, with one player from each camp missing the respective fifth and final penalties. Then, in the sudden death, captain Rani Rampal scored for India, while Liang Meiyu failed for China to give India a 5-4 win.

With that, India exacted a sweet revenge over the two-time champions. India lost to China in the final of 2009 edition.

The title came after a long gap of 13 years. The win also helped India qualify 2018 World Cup in England as the continental champions.

South Korea are the only other team to achieve this feat. They won both men's and women's Asia Cup in 1994.

China, however, have already qualified for the next World Cup after reaching the final of 2016-17 Hockey World League Semifinals earlier this year. In the Brussels leg, they lost to The Netherlands 2-0 in the final.

Japan and South Korea are the other Asian teams to have qualified for the tournament – both through the World League Semis.

Ten highest placed teams from the dual-legged tournament – with Johannesburg being the second leg, the host team and the five continental champions qualify for 16-team World Cup.

Here are the qualified teams: