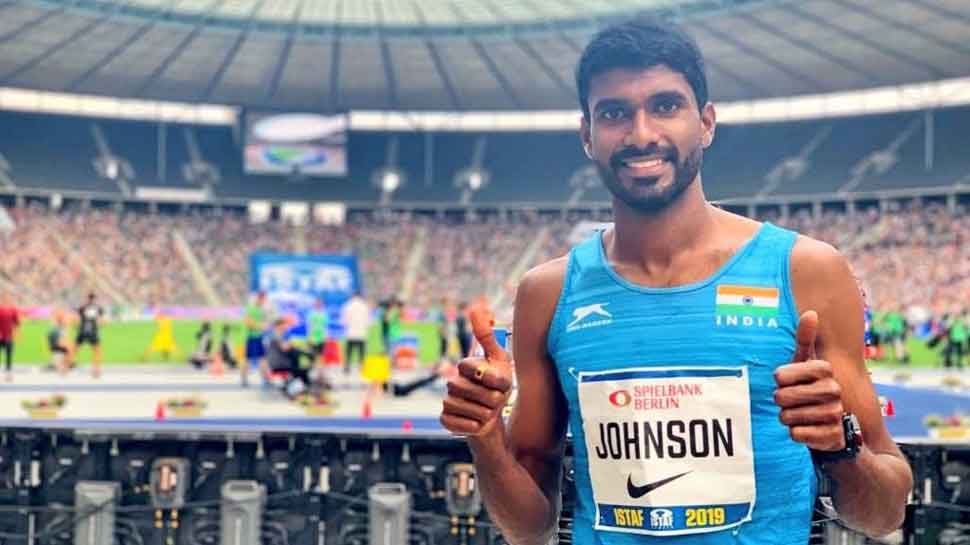 Tejinder, who won the gold medal in 2018 Asian Games, put in a highly credible performance in the qualification round but finished outside the top 12 to get knocked out of the competition.

The 24-year-old managed a throw of 20.43m in his first attempt, which was his season's best. However, he failed to capitalize on it as he managed an invalid throw in his second attempt and a distance of 19.55m in his third.

He finished eighth in the qualification round Group B and 18th overall out of 34 competitors. Reigning world champion Tomas Walsh of New Zealand led the finalists with a throw of 21.92m.

Meanwhile, middle-distance runner Jinson finished 10th in his first round heats and 34th overall out of 43 runners.

The athlete from Kerala clocked a timing of 3:39:86 seconds, three seconds longer than first-placed Timothy Cheruiyot of Kenya to suffer an early exit.

The 28-year-old, who had also won gold at the Jakarta Asian Games, remained in the top three positions for the most part of the race, keeping himself in contention for a semifinals spot.

However, in the final lap, he began falling behind and eventually dropped to the 10th place by the finish line.