Jamuna  Boro assured herself of maiden medal at the Championship by defeating Ursula Gottlob of Germany 4-1 in the quarter-final bout of the 54kg category event on Thurday. 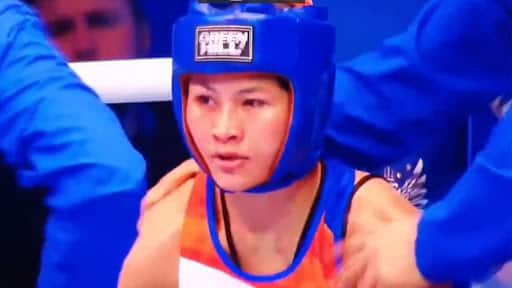 After Mary Kom and Manju Rani assured India of medals at the AIBA World Boxing Championships, Jamuna Boro and Lovlina Borgohain have added two more medals to the country's tally by reaching the semi-finals in their respective categories in Ulan Ude in Russia.

Jamuna  Boro assured herself of maiden medal at the Championship by defeating Ursula Gottlob of Germany 4-1 in the quarter-final bout of the 54kg category event on Thurday.

Boro will now lock horns with top seed and former Asian Games bronze-medallist Huang Hsiao-Wen of Chinese Taipei for a place in the final.

Borgohain will now face Yang Liu of China in the semi-final clash.

Earlier on Thursday, Manju Rani assured India of its second medal after making it to the semi-final of the event with the 48kg quarter-final victory over North Korea's Kim Hyang.

During the fight, both boxers showed aggressiveness and fierce tenacity but the sixth-seed Indian held her nerves to stun top-seeded Hyang by a 4-1 verdict and assure herself of maiden World Championships medal.

Manju will now lock horns with the winner of Thailand's Chuthamat Raksat.

Star Indian boxer Mary Kom defeated Rio Olympic bronze-medallist Ingrit Valencia Colombia to become the first-ever boxer to clinch eighth World Championships medal. She will now square off with Busenaz Cakiroglu of Turkey for a place in the summit showdown of the tournament.

All the four Indian boxers will play their semi-final bouts on Saturday.