With the win, Bisht has now set up a clash against Arslan Khataev of Finland for a place in the quarter-final of the prestigious championship. 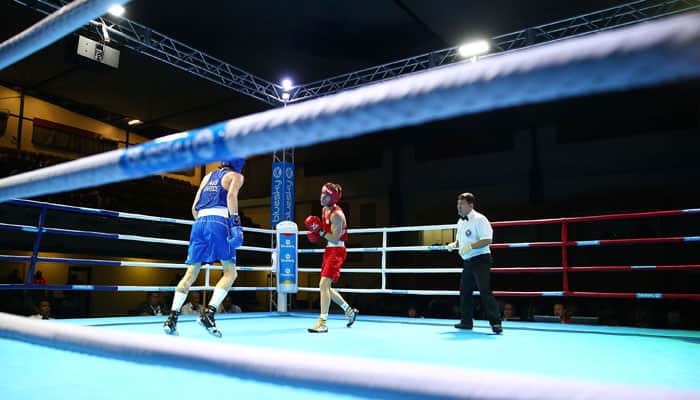 The Indian boxer left his Chinese opponent Zhihao with a bloodied face at the end of the second-round bout before the judges ruled the decision in favour of Bisht. During the clash, the two boxers didn't manage to connect much impactful punches.

With the win, Bisht has now set up a clash against Arslan Khataev of Finland for a place in the quarter-final of the prestigious championship.

Meanwhile, Sanjeet--another Indian in the fray--also stormed into the round-of-16 after defeating Scott Forrest of Scotland 4-1 in men's 91kg category.

Sanjeet made a slow start to his second bout of the competition, but he rebounded strongly in the second and third rounds of the encounter to eventually emerge victorious.

However, it was curtains for India's Brijesh Yadav as he knocked out of the tournament after slumping to a 1-4 split verdict defeat at the hands of Turkey’s Bayram Malkan in the 81 kg category.