Indian boxer Manju Rani on Sunday settled for a silver medal at the Women's World Boxing Championships after going down against Ekaterina Paltceva of Russia in the summit showdown of the 48 kg category in Ulan-Ude, Russia. 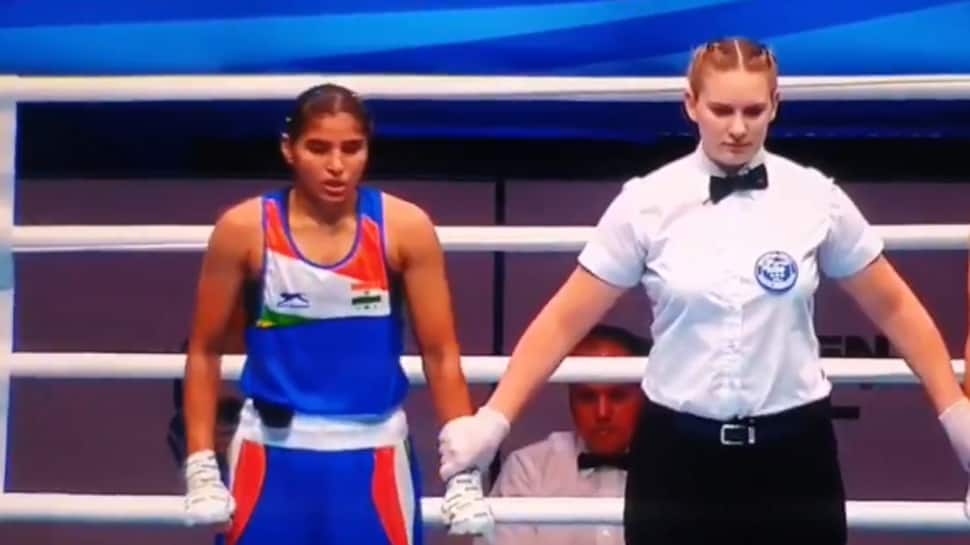 Indian boxer Manju Rani on Sunday settled for a silver medal at the Women's World Boxing Championships after going down against Ekaterina Paltceva of Russia in the summit showdown of the 48 kg category in Ulan-Ude, Russia.

Sixth-seeded Manju, who was making her maiden appearance in the event, slumped to a 1-4 defeat at the hands of second-seeded Paltceva in a thrilling final bout of the tournament.

Intrestingly, the Indian pugilist went down against same opponent in the Thailand Open.

As a result, Manju has also emulated boxing sensation Mary Kom's 18-year-old record of clinching a silver medal on her World Championships debut.

On Saturday, Manju assured herself of at least a silver medal by booking her place in the final of the 48 kg category with a win over Thailand’s Raksat Chuthamat. She defeated Chuthamat by a 4-1 verdict in the semi-final match.

Earlier, Mary Kom--who became the only women boxer to have clinched eight world championship medals by making it to the semi-final--had to content with bronze in 51 kg category after losing her semi-final bout against against Busenaz Cakiroglu of Turkey.

Meanwhile, Jamuna Boro and  Lovlina Borgohain--the other Indian in the fray-- also settled for a bronze in 54 kg and 69 kg category, respectively.