Rahul Aware had earlier in the day defeated former Asian champion Rassul Kaliyev of Kazakhstan 10-7 in a thrilling quarter-final clash to make it to the last-four of the tournament. 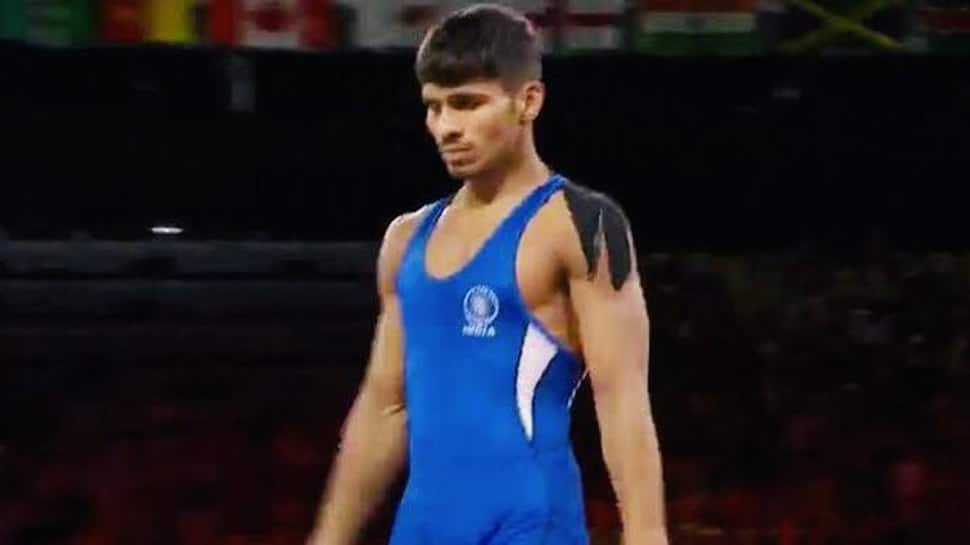 Indian wrestler Rahul Aware will fight for a bronze medal at the World Wrestling Championships after losing his semi-final bout against Beko Lomtadze of Georgia in the men's 61 kg category of the prestigious tournament at Nur-Sultan in Kazakhstan on Saturday.

Aware made a poor start to the bout by giving an early 0-4 lead to Lomtadze before the Georgian went into the break with a 1-7 advantage. The Indian grappler then bounced back strongly to reduce the gap to 6-8 before former world silver-medallist Lomtadz held his nerves to eventually emerge victorious by a margin of 10-7.

Aware, however, has a chance to secure a bronze medal with a victory in the bout slated to take place on Sunday.

Earlier in the day, the Indian wrestler defeated former Asian champion Rassul Kaliyev of Kazakhstan 10-7 in a thrilling quarter-final clash to make it to the last-four of the World Wrestling Championships.

Meanwhile, junior world champion Deepak Punia--another Indian in the fray--had earlier on Saturday became the fourth athele from the country to qualify for the 2020 Tokyo Olympics after booking his place in the semi-finals of the ongoing event.

Punia had entered the last-four of the World Wrestling Championships after sweeping past Carlos Mendez of Colombia 7-6 in the quater-final bout of the men's  86-kg freestyle category.

Vinesh Phogat,  Ravi Kumar Dahiya and Bajrang Punia were the others to secure their berth in the Tokyo Olympics after winning bronze medals in their respective weight categories.