The freestyle wrestler was one of India’s few gold medal hopes in Rio and the entire nation mourned as she lay on the mat writhing in pain during her bout against China’s Sun Yanan. 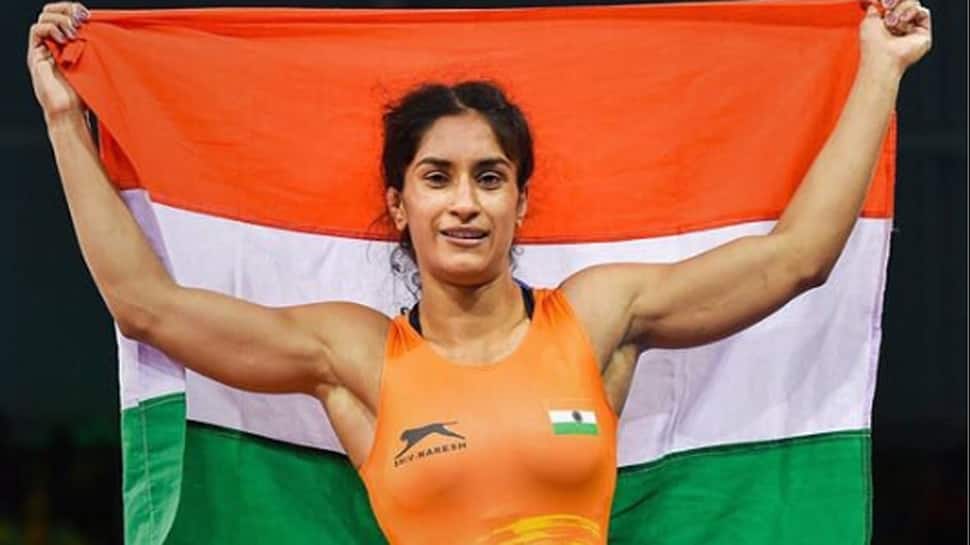 Mumbai: Three years ago, India’s Vinesh Phogat left the wrestling mat on a stretcher with a knee injury that shattered her dreams of an Olympic medal in Rio.

The freestyle wrestler was one of India’s few gold medal hopes in Rio and the entire nation mourned as she lay on the mat writhing in pain during her bout against China’s Sun Yanan.

Still rankled by the nightmare, the 25-year-old has secured herself another shot at Olympic glory at next year’s Tokyo Games after winning a bronze medal at the recent world championships at Nur-Sultan, Kazakhstan.

“I can never forget that injury. Actually every time I go on the mat for a match, that injury motivates me to win,” Phogat, who last year became the country’s first woman wrestler to win an Asian Games gold, told Reuters in an interview.

“Whatever the competition, whoever the opponent, I keep telling myself I have to get out of here as a winner.”

Having added a world championship medal to her collection, the twice Commonwealth Games gold medallist believes Tokyo will be her best chance of Olympic success.

“After the injury I am going back to the same stage, so it is big for me,” she said by phone. “Every athlete has a peak time, I think I am at my peak right now. I have to take advantage of this phase and achieve the best that I can.

“I want to go back to the world championships and turn this medal (bronze) into gold and be a world champion. But my entire attention is now on Tokyo and I want to do well there.”

Months before the Rio Games, Phogat was thrown out of an Olympic qualifying tournament for being 400 grams overweight for the 48kg class.

This time, however, she has confirmed her berth well in advance which will allow her to focus solely on Tokyo.

She especially needed to free herself of qualification worries having moved up to the 53 kilogram class after winning her Commonwealth and Asian Games medals in the 50kg.

Phogat was finding the process of losing weight before a competition difficult but it still needed a lot of convincing from her coaches before she agreed to move up.

“The strength levels, techniques in the higher weight category are totally different,” she said. “I had competed for four-five years in the 50kg category so I was used to that and knew my opponents.

“Next one year I will concentrate on the top opponents in my category and train to beat them in Tokyo.”

Phogat hails from the conservative state of Haryana, which is infamous for high rate of violence against women in the country.

Her cousins Geeta and Babita are former Commonwealth Games champions and their extraordinary success inspired a 2016 movie “Dangal” which went on to become the all-time highest grossing Bollywood film.

Their pursuit of wrestling met with harsh criticism and opposition in their village but Phogat feels things are changing not just in Haryana but in the entire country with a new generation of young women achieving international success.

“The journey has been difficult, there were times when I lost faith and told myself ‘you’ve had enough, quit now’,” Phogat said. “But you forget everything once you win a medal.

“People tell me that things are changing for women’s sports and girls are dreaming of winning Olympic medals and if I can play a small role in that, it’s no less rewarding than any medal for me.”