WWE RAW Women’s Champion Asuka will also appear on the show and she will meet her challenger Sasha Banks to sign their championship match contract. 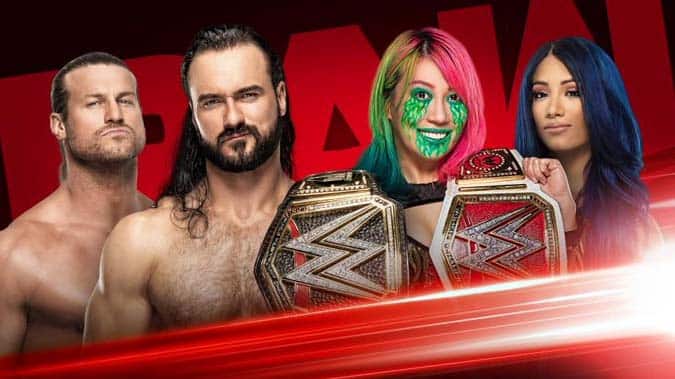 Meanwhile, British wrestler Drew McIntyre--who has been on roll ever since becoming WWE champion--could appear on the WWE Raw where he could meet America's Dolph Ziggler to sign their title match contract.

Apart from them, WWE RAW Women’s Champion Asuka will also appear on the show and she will meet her challenger Sasha Banks to sign their championship match contract.

American professional wrestler Seth Rollins and fellow countryman Rey Mysterio will continue their rivalry on the show as the presence of both these superstars is expected.

Besides this, many more matches for the US and tag titles are expected to become official once the show will begin at the WWE Performance Center.

Where to watch WWE Raw in India

The WWE Raw will be broadcast on Sony Ten 1 and Ten 3 (Hindi) channels in India.

The live streaming will also be available on Sony LIV app.