WrestleMania Backlash 2021 results: Bianca Belair made sure she held onto her WWE SmackDown Championship as she defeated her opponet Bayley via pinfall after a action packed match, which saw the champion dominate most part of the match. 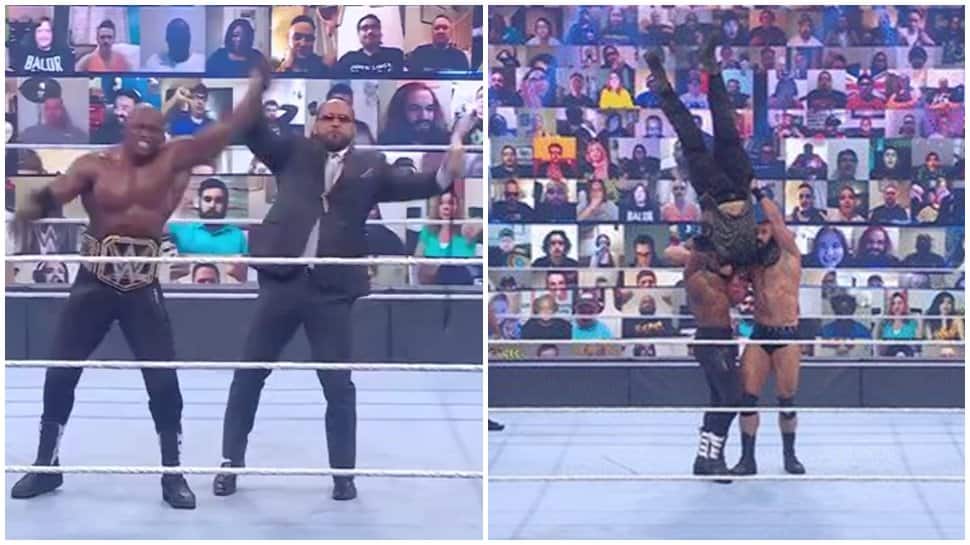 WrestleMania Backlash 2021 results and highlights: WWE Champion Bobby Lashley successfully retained his title against Braun Strowman and Drew McIntyre. The triple-threat action saw Lashley and McIntyre combining to take out Strowman in the earlier stage of the match. After which the action shifted between the champion Lashley and McIntyre, and the Scottish wrestler threw Lashley through the LED board.

With Lashley out from the scene, Strowman and McIntyre continued with the contest back in the ringside. McIntyre then went on to hit Strowman with a massive Michinoku driver and then attempted a Claymore against the "Monster among Men" outside the ring. However, an alert Strowman countered the move and slammed the Scottish wrestler through the announce table.

The action then again moved back inside the ring, with McIntyre this time successfully connecting a Claymore on Strowman, but before he could do anything, Lashley rejoined the contest and threw McIntyre outside. After which the champion hit a recovering Strowman with a spear and completed the win via pinfall.

Bianca Belair made sure she held onto her WWE SmackDown Championship as she defeated her opponet Bayley via pinfall after a action packed match, which saw the champion dictate most part of the match. The contest began with Belair dominating right from the word go, until Bayley clawed the champion's eyes.

During the match Bayley also dropped Belair on the ring steps and twiced tried to pin the champion with her feet on the ropes. The match ended with Belair going for a quick cover as the champion wrapped her braid around Bayley's leg to help her gain advantage during the pin.

Damian Priest defeats The Miz via pinfall in Lumberjack Match