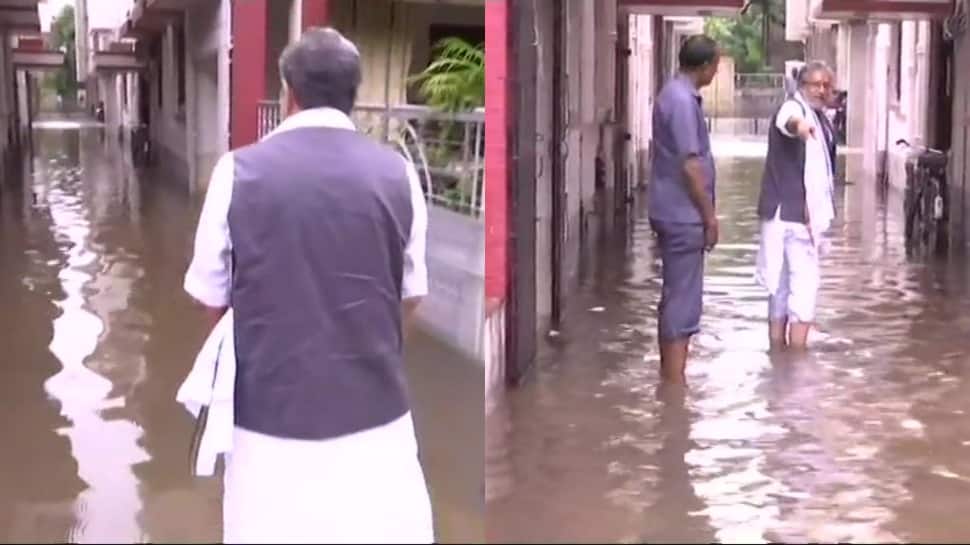 PATNA: At a time when waterlogging has become the bane for people all across the country, even a key political figure like Sushil Modi is not spared from nature's fury. The Bihar Deputy Chief Minister on Sunday had to face what millions of Indian in different cities face each year.

Due to heavy rainfall in Bihar, the street outside Modi's residence was waterlogged. A hapless Modi was seen inspecting the area and gave instructions to his staff to clear the area.

This is not the only place in Bihar where the rains has caused havoc. The area around a hospital in Rohtas is waterlogged for five days, according to an ANI report.

Earlier on Sunday, a video footage of Nalanda Medical College Hospital's (NMCH) Intensive Care Unit (ICU) was released by ANI where fishes were seen swimming inside the ward.

The road outside the hospital, corridors and wards were heavily waterlogged due to rain. In pictures released by ANI, a patient can be seen lying in the bed in ICU while the room is full of water.

The situation has worsened in the city with incessant rainfall. Bailley road, which is a lifeline for commuters in the Bihar capital, was closed for commuters as a part of it caved in due to heavy rains.