It seems to be a nostalgic Sunday for the fans of the popular sitcom "Friends" as the cast had a mini-reunion last night. 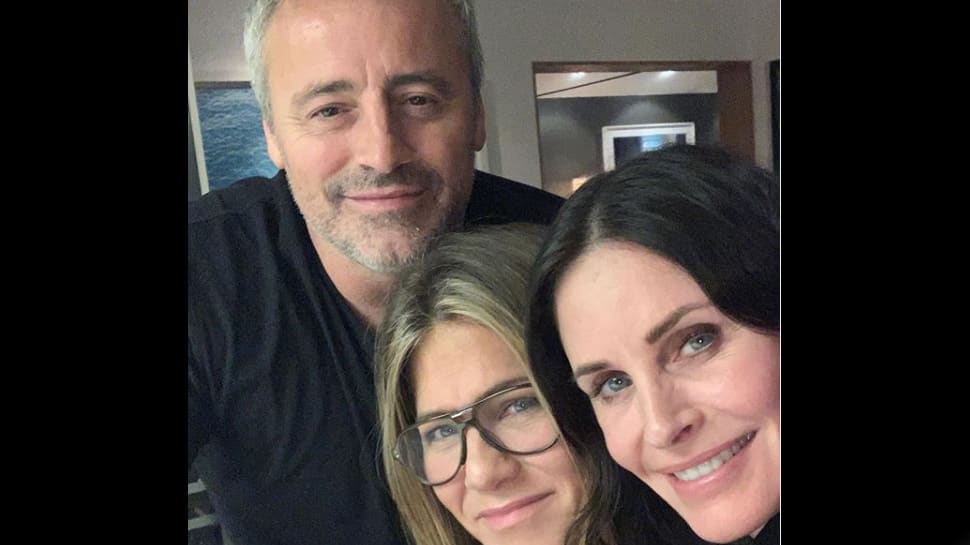 Los Angeles: It seems to be a nostalgic Sunday for the fans of the popular sitcom "Friends" as the cast had a mini-reunion last night.

Actress Courteney Cox on Sunday posted a photograph on Instagram in which she is seen posing with her "Friends" co-stars Jennifer Aniston and Matt LeBlanc.

"A rare night and I love it," Courteney captioned the image.

The American show recently completed 25 years since it found its way onto the small screen, and started its journey to create history.

The show has made Jennifer, David Schwimmer, Courteney, Lisa Kudrow, Matt and Matthew Perry household names with fans, who still refer to them as their characters' names. The first episode was aired on September 22, 1994.

Jennifer played the role of Rachel Green in the show, while Courteney essayed Monica Geller and Matt wooed the audience with his character of Joey.

One user wrote: "The one where Joey, Rachel and Monica reunite."

Another one commented: "Monica, you are the glue that holds the group together."