Bollywood actor Aamir Khan, who is busy prepping up for his next Laal Singh Chaddha, visited Amritsar's Golden Temple to seek blessings. 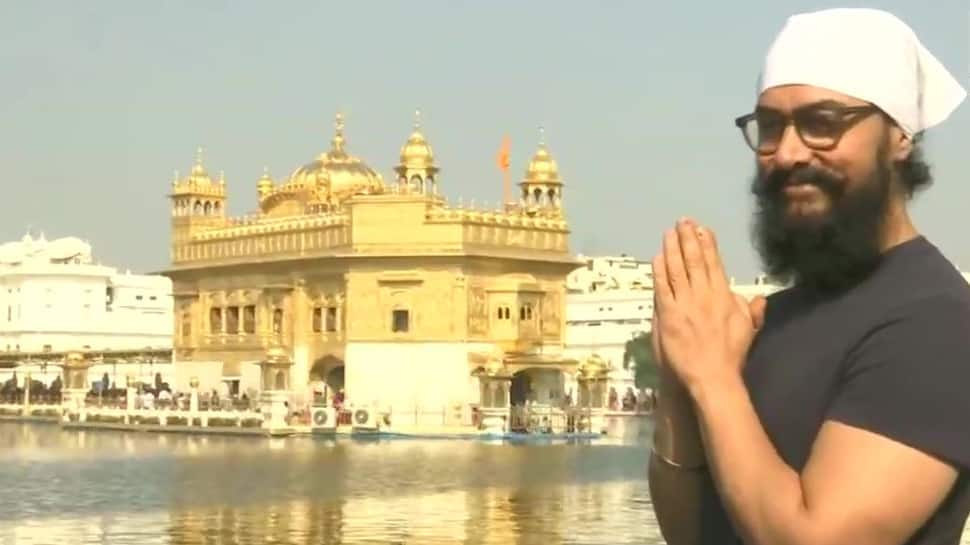 Sharing his pictures, ANI tweeted, "Actor Aamir Khan offers prayers at Gurudwara Harmandir Sahib (Golden Temple) in Amritsar. He is in Punjab for shooting of his upcoming film #LalSinghChaddha."

Actor Aamir Khan offers prayers at Gurudwara Harmandir Sahib (Golden Temple) in Amritsar. He is in Punjab for shooting of his upcoming film #LalSinghChaddha pic.twitter.com/jyZMW6LzWQ

Aamir shared his first look from the movie a few days ago. In the picture shared by the actor, Aamir is dressed in a check shirt and grey trousers with a light pink pagdi. He looks on innocently and is sitting inside a train. He also flaunts his long beard.

Laal Singh Chaddha is the Hindi remake of Hollywood film Forrest Grump. The film stars Kareena Kapoor as the female lead. Both Bebo and Aamir began shooting for the film in Chandigarh. It will extensively shot in various parts of Punjab such as Amritsar, Ludhiana and Jalandhar.

The film will hit the screen on Christmas 2020.

Kareena and Aamir were last seen together in superhit film 3 Idiots.

As per reports, 'Lal Singh Chaddha' will be shot across India with over 100 locations. This is the first time a Hindi film will be shot at so many places.