Is Aamir playing the cupid between Katrina and Salman? 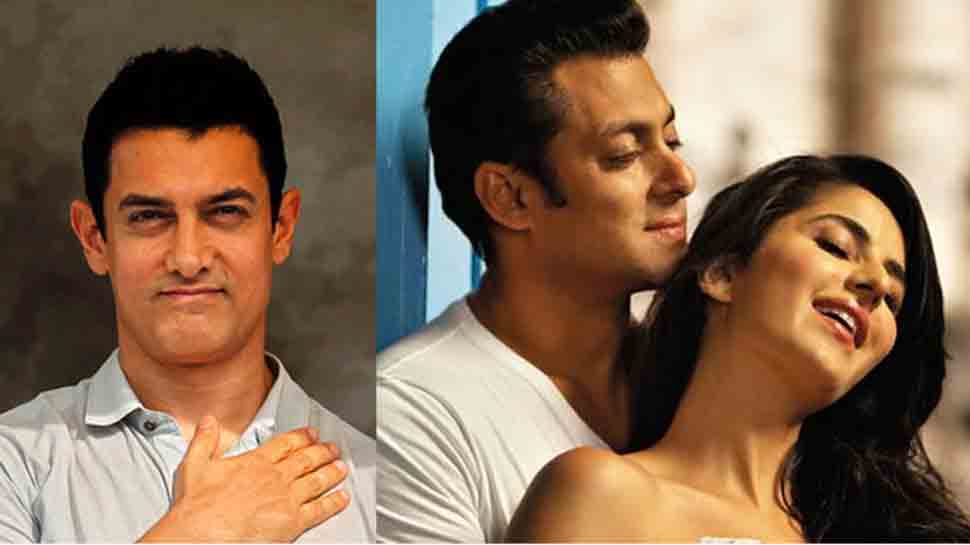 New Delhi: Actress Katrina Kaif recently appeared on a chat show where she candidly spoke about her personal lives, the relationship among other things.

The actress revealed her close bond with 'Bharat' director Ali Abbas Zafar and said that if there's one person from the industry who understands her completely, it's him.

On the show, there also was a segment where Katrina's friend and co-star had a challenge for her. Mr Perfectionist of Bollywood, Aamir Khan featured on the show and said that if Katrina loses to him in a game of chess, she would have to come with him to 'Galaxy Apartments' and croon the famous iconic number, 'Dil Cheez Kya Hai Aap Meri Jaan Lijiye'.

Aamir's challenge came as a major hint for the actress' fans as it is no secret that 'Galaxy Apartments' is home to King of Box Office Salman Khan. And their fans would be more than happy to see Aamir playing the cupid between the two.

Salman and Katrina's were a thing in the past and were quite serious about each other. However, for some unknown reasons, the two decided to part ways and Katrina started dating the Kapoor scion.

However, after her relationship with RK fell out, it was Salman who supported her, going out of the way. At present, Katrina looks to Salman as a solid support system.

In the meantime, Katrina and Salman are busy with the last schedule of Ali Abbas Zafar's 'Bharat'. The teaser of the film was released only recently and had taken the internet by storm.