Aamir Khan's pic with son Azad is too cute to miss!

We wonder what the father-son duo is thinking about! 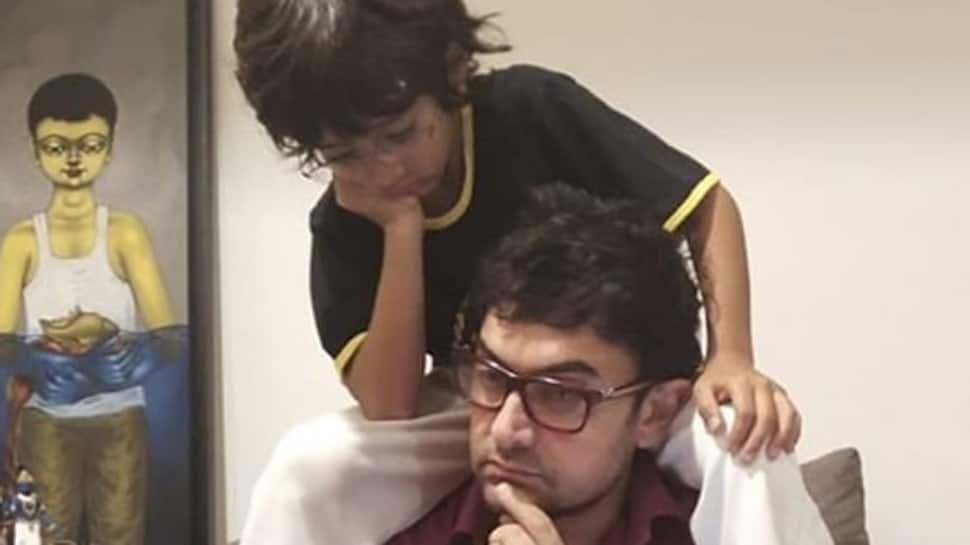 New Delhi: Bollywood actor Aamir Khan seldom posts on social media and hence whenever he uploads a pic, it has got to make headlines. The superstar took to Instagram on Sunday and shared an endearing picture with his son, Azad. In the pic, Azad can be seen sitting on Aamir's shoulder and striking the same 'thinking pose' as his father.

Check out the endearing picture here that captures the father-son bond:

The picture is going viral and people are absolutely loving the adorable moment. We wonder what the father-son duo is thinking about!

On the work front, Aamir's last outing 'Thugs Of Hindostan' failed to create any magic on the big screens. Director Vijay Krishna Acharya, who had previously directed the superstar in 'Dhoom 3' could not match up to the expectations of delivering a mega hit.

This was the first time that Big B and Aamir shared screen space together. The venture was backed by Yash Raj Films.