Abhinav Kohli's mother comes out in son's support, says Shweta Tiwari, Palak want to get rid of him

As per reports, the popular television actress approached a police station in Kandivali on Sunday and filed a complaint against her husband Abhinav, accusing him of domestic violence. 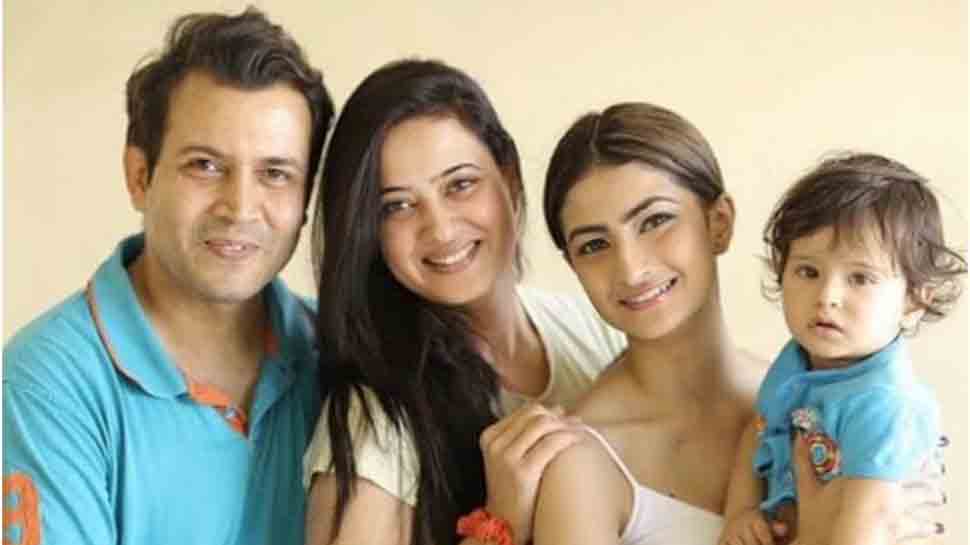 New Delhi: A day after television actress Shweta Tiwari filed a police complaint against her husband Abhinav Kohli for allegedly making some obscene remarks on her daughter, his mother Poonam Kohli has now come out in support of her son.

Speaking to Times Of India, Poonam said all had not been well between Shweta and Abhinav and the duo were having trouble in their marriage for the last two years. "Abhinav and Shweta have been not been on good terms with each other, since last two years, but Abhinav tried to sort out things. He wanted to live with Shweta as Reyaash was too young and it was his dream to live under one roof with both his kids. However, things did not work out between them. Abhinav took care of Palak since she was a kid and Raja Chaudhary had left her. Even while she was in the Bigg Boss house and her mom had to travel to her native place, Abhinav was there to take care of Palak. From her school admission, attending parents meeting in school, to tying her school laces, he has done everything. They have conveniently forgot everything and putting such false and dirty allegations against him just because they want to get rid of him. She wanted to divorce him. I don't want to talk about it further," Poonam Kohli told The Times of India.

She further told the website that Abhinav has done a lot for his kids and that she wants things to get fine between the duo. "We want things to get better between my son and Shweta Tiwari. We want to do it for our child Reyaansh as he is too young and I don't want him to get mentally disturbed. Abhinav has been doing a lot for his kids and we don't want to affect the kid's psyche. He is too young. The truth will one day come out how much my son Abhinav has sacrificed for both his kids," she added.

Shweta filed a complaint against Abhinav at Samta Nagar police station in Kandivali. She reportedly informed the police about his drinking problem and claimed that Abhinav reportedly made some obscene comments on her daughter Palak.

On Tuesday morning, Palak took to her Instagram to elaborate on how things unfolded.  She began her note by thanking everyone for reaching out to her but also lashed out at rumour mongers for spreading incorrect things. Palak revealed that it was she who was a victim of domestic abuse and not her mother. She also went on to add that her stepfather Abhinav Kohli never 'molested or touched her inappropriately' but said he did pass some inappropriate and disturbing remarks on her.

In 2010, Shweta, during her stay in the Bigg Boss house, had revealed being in a relationship with Abhinav Kohli. Later, in 2013, the duo tied the knot in an intimate ceremony in 2012 and are parents to Reyansh Kohli.

Before Abhinav, Shweta was married to actor Raja Chaudhary with whom she suffered a troubled relationship. They got a divorce in 2007 after nine years of marriage after Shweta accused him of domestic violence. Palak is Shweta and Raja's daughter.