The actor took to Twitter on Wednesday and wrote a quirky birthday wish for Farah which will make you go 'ROFL'! 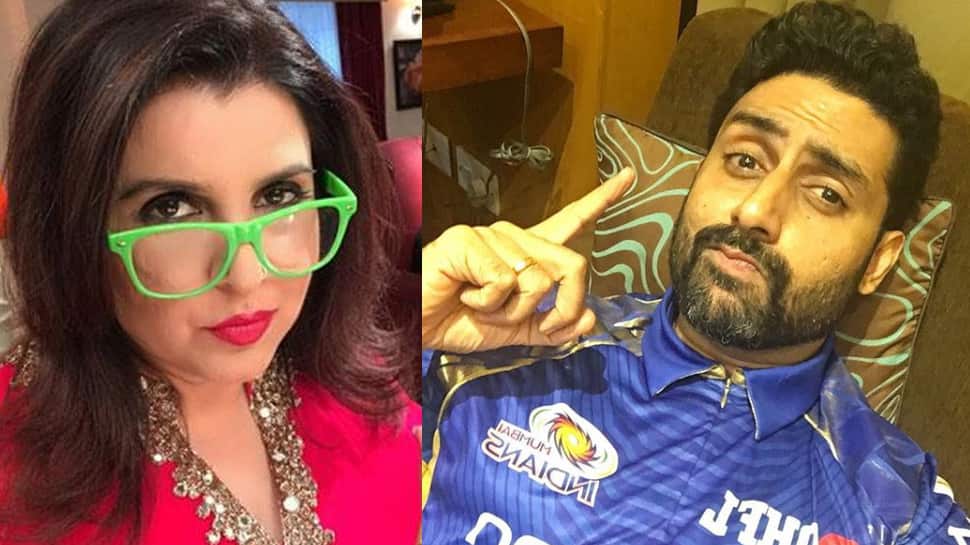 New Delhi: Bollywood actor Abhishek Bachchan is quite active on social media and often throws us into a fit of laughter with his cheeky remarks. The actor took to Twitter on Wednesday and wrote a quirky birthday wish for Farah Khan which will make you go 'ROFL'!

Bachchan Junior wrote, “Happy Birthday @TheFarahKhan. Have a wonderful day enjoy your dinner with the kids and remember that you're nearing @bomanirani 's age! Love you.”

Happy Birthday @TheFarahKhan.
Have a wonderful day enjoy your dinner with the kids and remember that you're nearing @bomanirani 's age!
Love you.

Well, we wonder what Farah has to say to this!

On the work front, Abhishek is all set to make his digital debut with web-series 'Breath', co-starring Amit Sadh. He was last seen in Anurag Kashyap's 'Manmarziyaan', which received positive reviews from the critics but failed to perform at the Box Office.

The actor was also expected to share screen space with his wife Aishwarya Rai Bachchan in 'Gulab Jamun'. However, if latest reports are anything to go by, both Abhishek and Aishwarya have walked out of the project.

Speaking of  'Gulab Jamun', the film was to be produced by Anurag Kashyap and backed by Madhu Mantena and Reliance Entertainment.

Earlier, while speaking to Mid-Day, Aishwarya had stated, "AB and I have agreed to do Gulab Jamun. I told AB that he needs to decide what he wants to do after Manmarziyan," says the actor, adding that the project was offered to them one-and-a-half-years ago. "We had agreed on the idea then. However, it was around the same time that AB decided to take a time-out. After the hiatus, he returned with Manmarziyan, which coincidentally is directed by Anurag Kashyap. That's when the chatter around Gulab Jamun began again, and we finally came on board. It is a beautiful script, and we fit the narrative perfectly."