'Accurate': Nick Jonas' reaction to meme comparing his style to Govinda is epic

The collage has Govinda and Nick wearing a bright printed jacket and red shirt, respectively. And, the duo sport similar shades with yellow frames. 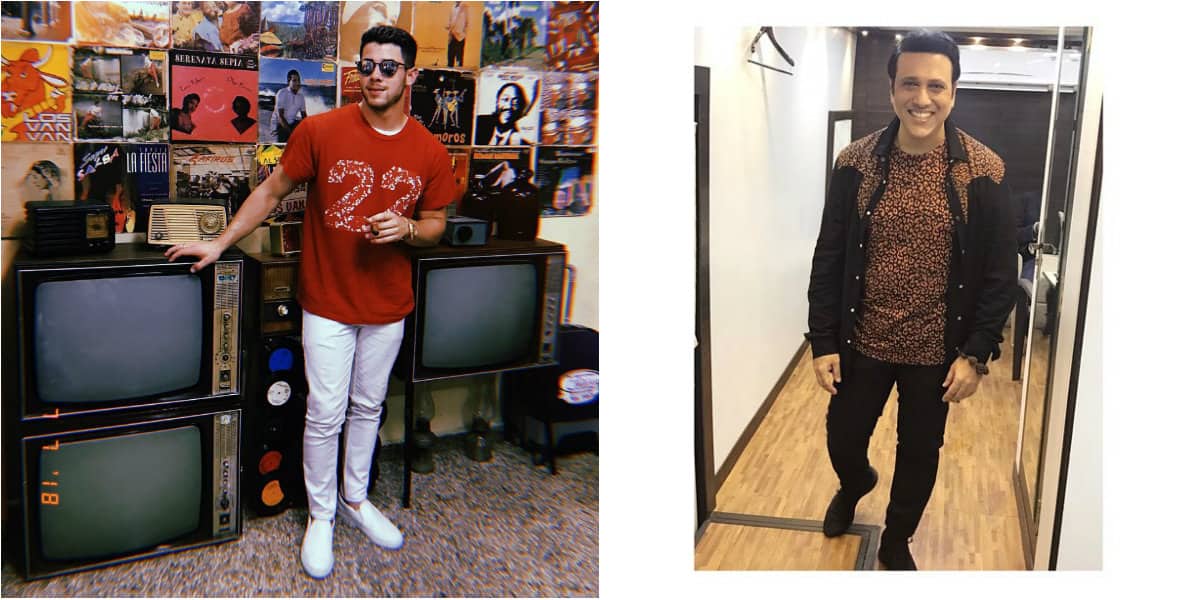 New Delhi: Singer Nick Jonas has an epic reaction to a meme in which his style was compared to actor Govinda. The post shared by him on his Instagram stories features an old picture of Govinda from a movie still juxtaposed with one of Nick's recent photos from his music video for 'Only Human'.

The collage has Govinda and Nick wearing a bright printed jacket and red shirt, respectively. And, the duo sport similar shades with yellow frames. 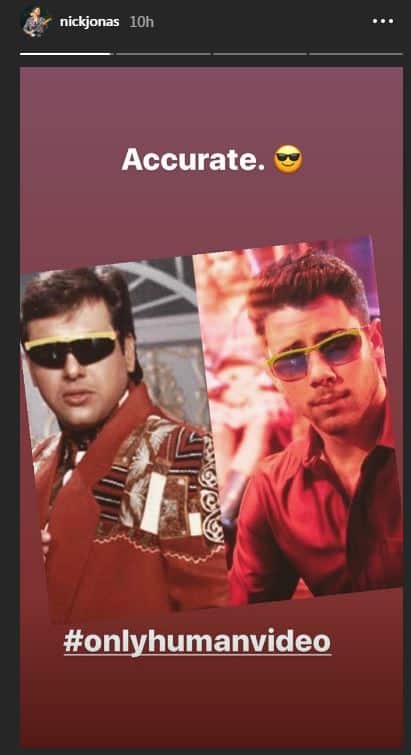 Priyanka and Nick married in December 2018 after dating for a few months.

The power couple is currently busy with their work commitments. While Nick is on his 'Happiness Tour' with brother Kevin and Joe, Priyanka has a couple of films lined-up.